YOUR VOTE IN THIS WEEK'S "HOT/HOTTER" IS VERY IMPORTANT!
THIS WEEK YOUR VOTE WILL DETERMINE
THE 2 FINALISTS IN OUR SEARCH
FOR BROADWAY'S MOST UNIQUELY HOT GUY!
VOTE NOW BY CLICKING ON THE ICON TO YOUR LEFT! 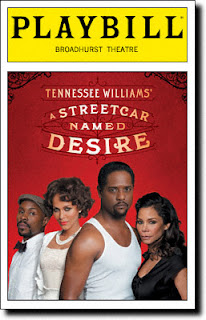 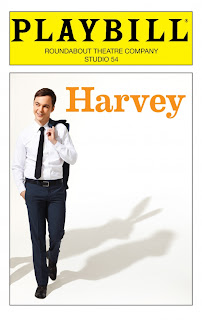 It is interesting to watch the top 8 shows jockey for position each week - especially the mystifying continued appeal of Rock of Ages.  Usually the determining factor of where they end up has to do the minuscule (relatively) ups and downs of B.O. take.  This week, it was a little more exciting to contemplate since for the first time in weeks, The Book of Mormon did NOT have the highest attendance; that honor went to Harvey, which help propel it into the top 10.  But being that it is a subscription/non-profit situation, Harvey had a considerably lower average ticket price, which will likely keep it from ever going much higher in the countdown.  The big gainers of the week were The Phantom of the Opera, Mamma Mia! (both big with summer tourists) and the farewell week of Angela Lansbury, who left Gore Vidal's The Best Man.  The final week of A Streetcar Named Desire closed on an up note, gaining 5 spots on the chart.  The biggest losers of the week were Bring It On: The Musical which had excellent attendance, but suffered from a very low average ticket price.  But consider that the show already has a low top ticket at $75.00, and that many are being comped for reviewers and other press.  It is too early to fear the Leap of Faith syndrome!  The other big droppers were perennial re-bounder Chicago and Tony winner Clybourne Park, which appears to be running out of steam and fast.  The bottom 3 shows, Ghost: The Musical, Fela! and End of the Rainbow remain unchanged.

To see how this chart is calculated, click the "Box Office" tab at the top of the page.
SRO: Harvey, The Book of Mormon, Newsies, The Lion King

Jeff
3.329
Comments? Questions? @jkstheatrescene (Twitter); jkstheatrescene@yahoo.com (Email); or leave a comment below and check a box!
Posted by JK at 12:34 PM