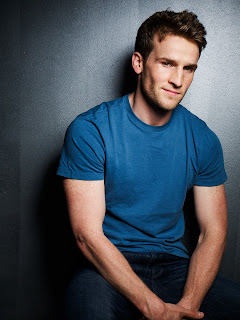 The first part of this interview with Bonnie and Clyde co-star and rising star, Claybourne Elder was (and continues to be) one of the most popular entries ever since JK's TheatreScene started nearly three years ago.  Click HERE to read Part 1.  I am so pleased to bring you Part 2!  Today, he talks about his first meeting with Stephen Sondheim, growing up Mormon and gay, and his upcoming gig as a "punk rock" Pippin.  Plus, he answers more of your questions!  Thank you, readers, and thank you, especially, to Mr. Elder!


Jeff Kyler: In a relatively short period of time, and with just two shows, you have had quite a range of Sondheim experiences.  You starred in a Moises Kaufman directed regional production of Into the Woods.  Much was made of your being a bare-chested Wolf, and that your encounter with Little Red was sexually charged!  When she touched your abs, it was pretty hot…   And you also starred as Michael Cerveris’ boyfriend in Sondheim’s latest revision of Bounce, Road Show.  Working directly with Sondheim is a musical theatre fan’s dream.  What is he really like?  How did working directly with him influence your work then and since?


Claybourne Elder: The first time I really sang a whole song for Mr. Sondheim was after I had gotten cast in Road Show off an equity chorus call (make sure you get there and sign up early y’all!). The Public asked me to sing at a fundraiser they were having at someone’s house in the village. I gladly agreed and rehearsed ‘Talent’ from Road Show, not expecting much. When I arrived at the beautiful little brownstone tucked away on a street I didn’t know existed, I realized that this wasn’t just a little wine and cheese party in the lobby of a theatre. I sound checked and got dressed up and waited around for things to begin. When I stepped on the stage, I saw not only Stephen Sondheim beaming up at me, but also Moises Kaufman and a slew of other folks, creating a “who’s who” of the theatre community. I decided that it was probably best to just look above everyone’s heads and went ahead with the song.  It was actually then that Moises thought of me for his production of Into the Woods, but that’s another story. Our first day of rehearsal was just after the concert and I walked up to Sondheim that first day, determined to get the first awkward conversation out of the way. And boy did I succeed. In the awkward part. I walked up to him, palms sweating, and reached out my hand. He smiled politely and took it, and I said “Um…er…a….wh…. Thank you.” My eloquence was impeccable. I was so embarrassed that I turned around and walked away. (Laughs) He is a delightful and very warm man and no one to be nervous around and I know that now, but it took a while for me to get used to it.


JK: I have read that you were raised Mormon.  Was/Is your family supportive?


CE: You know, I was really lucky to have a really supportive and strong family. And a big one. I have 7 siblings. We’re really close and they’ve always been great to me.


JK: Speaking of being Mormon, have you seen The Book of Mormon?  As someone who is on both sides of that fence, what do you think of the show?  Is it fair and just silly?


CE: (Laughs) Confession: I haven’t seen The Book of Mormon. I was working on One Arm when it opened and then it was impossible to get tickets and then Bonnie and Clyde opened and then so many other shows had opened that it just wasn’t on the top of my list anymore. Plus, by now I’ve been told so much about it that I feel like I’ve seen it. But YES, I know, I must get myself into that theatre somehow! 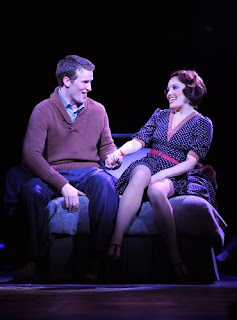 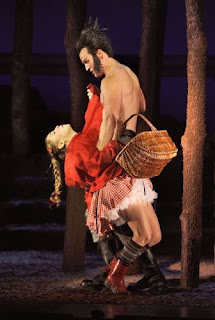 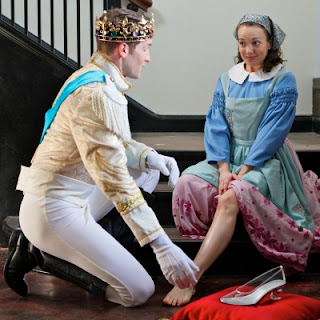 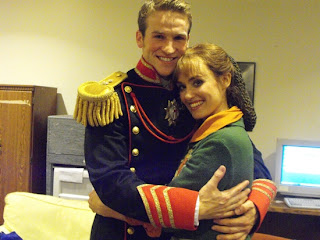 JK: With several of your contemporary Broadway and screen actors (Jim Parsons, Gavin Creel, Rory O’Malley, Cheyenne Jackson, Zachary Quinto, etc.) now coming out or openly gay, do you think a lot of the stigma of being out is gone or going away? Has it impacted your ability to get seen for certain roles?


CE: I feel really strongly about calling myself an actor/artist first.

JK: With all of the news lately about bullying and gay teen suicide and the like, and all of the politics surrounding marriage equality, how do you feel about the political clout of such groups as Broadway Impact and the It Gets Better campaign?  Are you a part of the movement?


CE:  I think that Broadway Impact is a fantastic group and what they’ve done to raise awareness is awesome! I’ve never done any work for them, but I hope to in the future.  [Also,] I haven’t been involved directly with It Gets Better, but I think what they’ve done is really incredible, too.


JK: What advice might you offer to a young man or woman struggling with their sexuality, who might also be looking to a career in entertainment?


CE: I would say that gay, straight, bi, young, old, leprechaun, space alien or tiger – if you want something bad enough, work your ass off and it will happen. 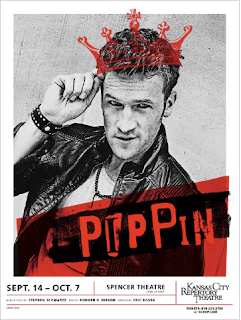 JK: Last question!  In the months since Bonnie and Clyde’s closing, what have you been working on?  When will we be seeing you on the New York stage again?  How about TV or film?


CE: Since Bonnie and Clyde closed, there has been a whirlwind of readings, concerts and auditions. There has been some movement towards TV, some toward new Broadway experiences… I think I’ve done 9 readings so far this year. But as I’ve said before, I love developing new work, and I look for projects that I can really bring something to. And a lot of times, those projects aren’t the biggest (or highest paying) ones! (Laughs)  But what I wanted most of all for the spring was to take a little break. My feet had hardly touched the ground in three years, and I really needed some time. Plus, it had been so long since I’d visited home, that my mother was ready to come to New York and drag me back. My next out of town run is something I’m REALLY excited about and is already proving to be a challenging and exciting task…I’ve been working on a new conceptual version of Pippin that is performing at the Kansas City Rep this fall. A.R.T. is also presenting a pre-Broadway try out of a circus-y Pippin, but this is a stripped down, actor/musician version that Eric Rosen, the director, affectionately calls "Punk Rock Pippin." Its going to f***ing rock! 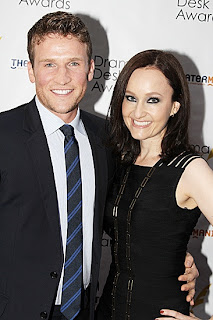 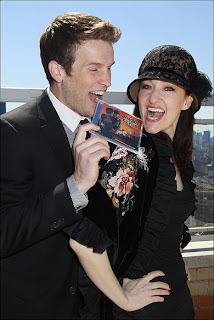 The Barrows Reunited!  Claybourne Elder with Melissa van der Schyff
(Left) At the 2012 Drama Desk Awards and
(Right) At the CD Release Party for the OBCR of Bonnie and Clyde


JK:  Well, before we finish, here are a few more questions from readers of JKTS! (Thanks to The8rGeek , Jillian P., and ElderCunninghamCT!)

CE: Try to stop my dog from licking my feet. He sleeps under the covers at the bottom of the bed (yeah, I’m that guy!) and every night and every morning tries to lick my feet and I hate it.

2.  Favorite ethnic food?  Favorite carry out food?  What do you order at Starbucks?

CE: I love Indian food, mmmmm naan. But I also love smoothies. Come on, who doesn’t love a good smoothie? Starbucks is usually a skinny vanilla late. Go ahead and make fun. Unless I’m there in the morning for a coffee, that’s my normal Starbucks treat.

CE: Peanut, come on. That’s like asking would you rather have milk or chocolate milk? A Kia or a Porsche? Diamonds or rocks? Almond Joy.

CE: The one that hasn’t been written yet! Or anything by Bill Finn.

5.  One actor, director or writer you most want to work with?

6.  Glee or Smash character you most identify with?

CE: Glee? Smash? Isn’t that an emotion and something you do to spiders?

7.  Celebrity you have met that left you the most “star struck”?

CE: I love to hate my phone.


Thank you for your time, Clay!  And all my best with your kick-ass Pippin!  I'm sure I speak for all of my readers when I say that I can't wait to see your next big show!