LAST 4 DAYS!  VOTE NOW FOR THE FINALS OF "HOT/HOTTER"!
WHO WILL BE BROADWAY'S MOST UNIQUELY "HOT" GUY?
NEWSIES' KYLE COFFMAN OR GODSPELL'S HUNTER PARRISH?
CLICK THE ICON TO YOUR LEFT AND VOTE TODAY! 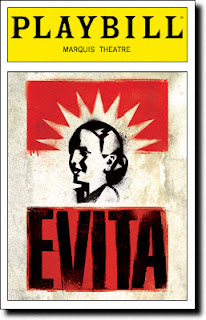 Despite the fact that more shows than not improved over last week, both in box office and attendance, the change was minimal with the overall totals in terms of money was up less than 1% and attendance was up only 2%.  This is pretty typical of the summer months. 9 shows maintained the same position as last week, while, with one less show, the bottom three are the same.  Only Evita showed any big change, up 5 spots on the chart to number 8, posting the biggest gains in both Box Office (+$214K) and attendance (+14%).  The coming week sees the closing of the season's first hit, Harvey (ending its limited engagement), and the 2010 Tony winner for Best Musical, Memphis, which announced today that it will close in the black. Hockadoo!  The week also sees the arrival of Mike Tyson:Undisputed Truth and the opening of Bring It On: The Musical.  Set to close soon are: Ghost: The Musical, Fela!, Sister Act, Clybourne Park, One Man, Two Guvnors, and Gore Vidal's The Best Man.


Jeff
3.336
Comments? Questions? @jkstheatrescene (Twitter); jkstheatrescene@yahoo.com (Email); or leave a comment below and check a box!
Posted by JK at 12:01 PM