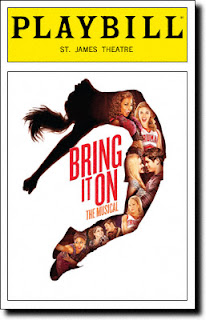 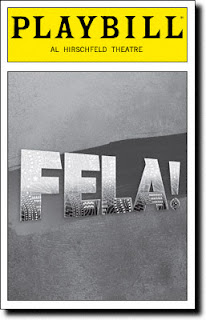 The week's two new entries, the new musical Bring It On and a return engagement of Fela! came in at opposite ends of the success ladder.  The cheerleading musical came in in the top half of the chart with the show pulling in over 95% attendance for just 4 previews.  Meanwhile, the other show came in at the very bottom in terms of average ticket price and percentage of gross potential, and very near the bottom in terms of attendance percentage.  Once continues to bask in the glow of its Tony win, cracking the top 3.  The biggest winner of the week was Evita which not only made up for last week, but did better that the week before last.  Seems a lot of folks really want to see Ricky Martin.  The two biggest losers were Gore Vidal's The Best Man, which had several high profile cast changes, and The Gershwins' Porgy and Bess, which plummeted, despite the return of Tony winner Audra McDonald.  Broadway will, it turns out, have one less week with Catfish Row on the boards, with the new closing date of September 23 now posted.  Perennial hits Spider-Man:Turn Off the Dark, Wicked, The Lion King and The Book of Mormon continue to be very strong, with The Lion King going over the $2M mark, and The Book of Mormon setting a house record at the Eugene O'Neill for the 38th time!  Hello!