BE SURE TO VOTE IN THIS MONTH'S THEATRE POLL TO YOUR LEFT!
SHARE YOUR FAVORITE BROADWAY MOMENT: TWEET #BwayMoment
OR EMAIL: jkstheatrescene@yahoo.com
"HOT/HOTTER" 2012-13 SEASON: BRING IT ON EDITION
VOTE NOW - CLICK THE CHEERLEADER TO YOUR LEFT!

August 8 was a very important date for Newsies fans.  And for Broadway fans.  But especially for one guy.

Last Wednesday, Corey Cott made his Broadway debut when he went on for star Jeremy Jordan in Disney's Newsies.  He certainly has the right look, though the proof of his success in the performance department came quickly when the Twitter-verse went CRAZY with reports of his star quality.  Cute, talented and the talk-of-the-town: The Disney Triple Threat.


August 9 was another very important date.  Newsies fans who weren't at the Nederlander Theatre on August 8th and Broadway fans alike got to see Mr. Cott perform as Jack Kelly at Broadway at Bryant Park, singing "Santa Fe" and, with Kara Lindsay, the duet "Something to Believe In."  See for yourself just how good this guy is.  I think he is definitely a Broadway Face of the Future. 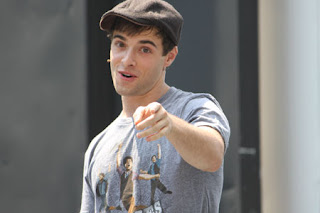 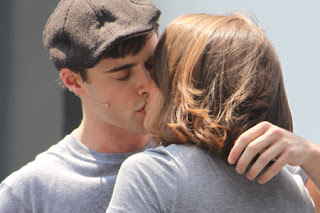 And in case you missed it...


Jeff
3.347
Comments? Questions? @jkstheatrescene (Twitter); jkstheatrescene@yahoo.com (Email); or leave a comment below and check a box!
Posted by JK at 8:04 PM