WHY HE'S MR. BROADWAY: When I was looking up information on Mr. November, I realized he is long overdue for this.  He is a staple on Broadway, in regional theater and even television.  He counts among his leading ladies such stars as Chita Rivera, Jenn Colella, Kate Baldwin, Natascia Diaz, Lea Salonga and Ms. Broadways Laura Osnes, Amy Spanger and Ms. October 2012, Betsy Wolfe.  He's co-starred with Hunter Foster, Malcolm Gets, Terrence Mann and Mr. November 2009, Chad Kimball.  And that doesn't even count the people he's rubbed elbows with during season one of Smash!  But even without his big name co-stars, he is a force to be reckoned with - leading man looks, a powerful voice and an acting range that runs the gamut from comedic roles and supporting characters to musical comedy and dramatic leading roles.  And now, with The Mystery of Edwin Drood, he gets to show off all of those talents at once!  Congratulations, Will Chase, you are Mr. Broadway November 2012!

OTHER INFORMATION:
AGE: 42 - Born September 12, 1970
EDUCATION: Oberlin Conservatory of Music
WHERE ELSE YOU MIGHT HAVE SEEN HIM: Broadway: Miss Saigon, RENT, AIDA, Lennon, The Full Monty, High Fidelity, The Story of My Life, Billy Elliot, Nice Work If You Can Get It, The Mystery of Edwin Drood New York: Bells Are Ringing, Pipe Dream (ENCORES!), The Secret Garden (World AIDS Day Concert) Regional/Tour: Miss Saigon, Oklahoma!, The Pajama Game, Kiss of the Spider Woman, Robin and the Seven Hoods Television: SMASH, White Collar, Pan Am 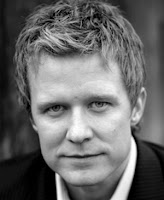 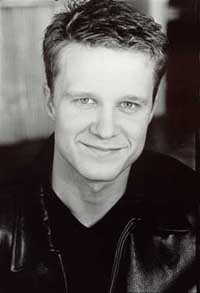 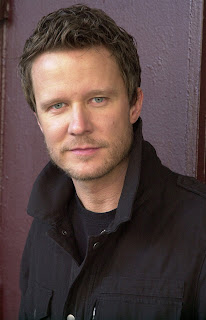 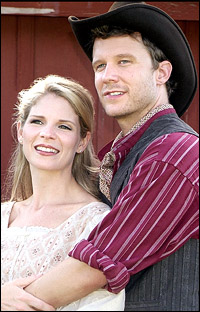 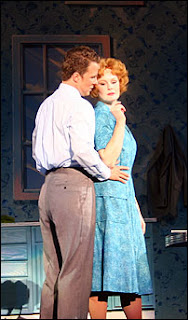 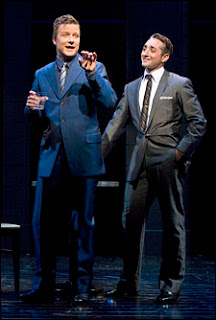 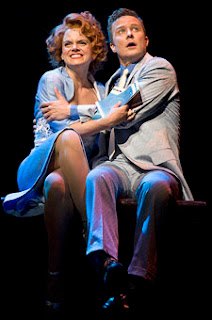 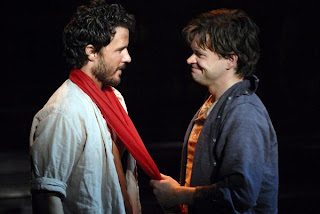 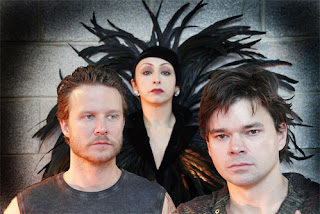 Kiss of the Spider Woman with Natascia Diaz and Hunter Foster 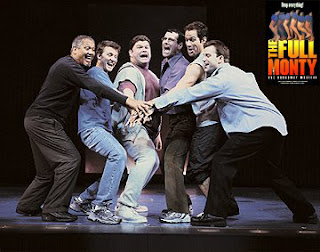 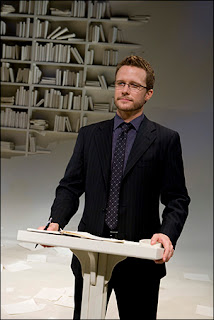 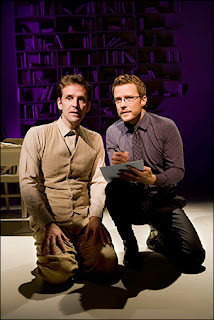 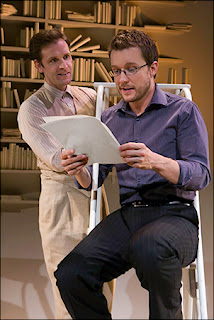 The Story of My Life with Malcolm Gets 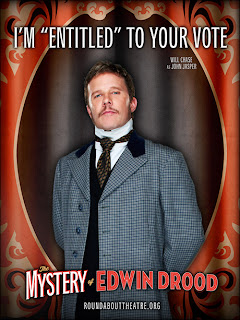 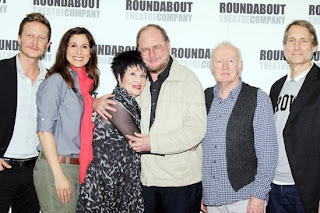 The Mystery of Edwin Drood

"One Song Glory" from RENT


"The Butterfly" from The Story of My Life

...have you VOTED in this month's THEATRE POLL?  It is in the left column!
...have you VOTED in this week's HOT or NOT?  It's DROOD, PART 2: THE PRINCIPALS!  CLICK the show logo in the upper left column!
...have you ENTERED to WIN tickets and the OBCR to NICE WORK IF YOU CAN GET IT?  CLICK that show's logo in the left column to enter by Wednesday, November 7!
...have you checked last week's INTERVIEW with CHAPLIN's WAYNE ALAN WILCOX?  He's a pretty amazing guy!  CLICK his picture in the right hand column to find out more! PART 2 ON WEDNESDAY!

Jeff
4.066
Comments? Questions? @jkstheatrescene (Twitter); jkstheatrescene@yahoo.com (Email); or leave a comment below and check a box!
Posted by JK at 12:01 PM