FACE OF THE FUTURE: A Christmas Story's Johnny Rabe

To be perfectly honest, I find the majority of child actors to be annoying with their overly cheesy smiles, over acting, and consistent mugging.  They are brats even when their role calls for a nice, everyday kid.  Lately, Broadway has been very fortunate to have a whole generation of kids who are anything but phony.  I'm thinking of the wonderful young lady in War Horse, the kid versions Bonnie and Clyde, most of the cast of 13.

Most recently, though, one young actor has set the bar for charming, effortless, and most importantly, realistic acting by the 8 - 12 set.  His name is Johnny Rabe, and he currently stars as Ralphie in A Christmas Story: The Musical.  There isn't a less than genuine moment in his entire performance.  That is really saying something considering that he's called upon to not only sing, dance and act, but play against some of Broadway's best pros, a couple of dogs, a kick line of sexy leg lamps, and a mountain of physical comedy during some truly outrageous fantasy sequences. 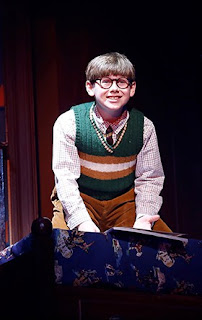 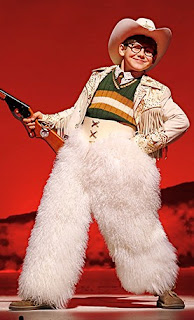 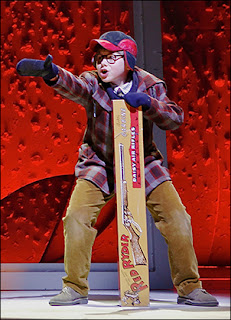 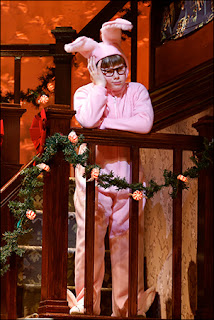 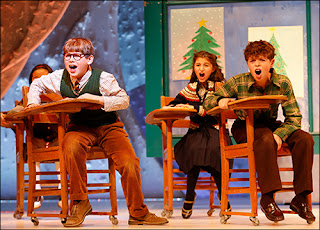 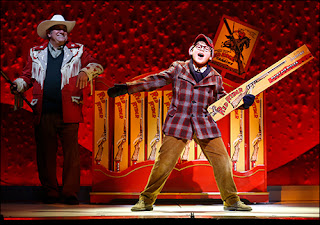 The many faces of Ralphie Parker

That he maintains a professional presence while still bursting with youthful energy is to his considerable credit.  His zeal and wide-eyed wonder is all that betrays his age.  He's having the time of his life, and we are all the better for it.  I have a feeling that this just the beginning of a long, successful career.

Labels: A Christmas Story, Face of the Future, Johnny Rabe