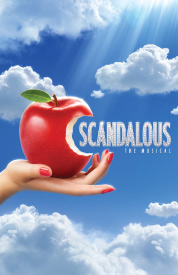 UPDATE AT BOTTOM OF THIS BLOG ENTRY

As of  the time I wrote this blog, the facts are these:

And let me say now that I wish Ms. Carmello a speedy recovery and a happy Opening Night, if, in fact, she is ailing as reported.  She is a terrific performer who deserves the benefit of the doubt.  And if that is the case, and she really sings nearly every number and spends only 11 minutes off stage, then shame on the producers for not having a shorter preview schedule per week.  Lots of shows do that.  Or like Evita, have a scheduled alternate learn the show with her and do 2 shows a week.  (It should be noted that despite the complaining on message boards, it is NOT common for the understudies to get much, if any rehearsal during previews, so that is not really an option.) 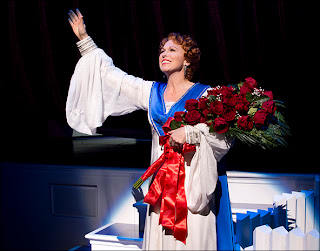 That said, part of me smells something fishy here.  Let's call it Post Spider-Man Skepticism.


Or maybe it is just as they are reporting.  Carolee Carmello is a trouper and will knock it out of the park in front of friends and family.  At least she'll have that if the show opens and closes on November 15th, anyway.

UPDATE: The Today show "special announcement" (as of about 9AM) regarding Scandalous was apparently another red herring.  It was the usual segment... backstage to meet the cast, interview the author (in this case KLG)...nothing special, and no announcement that I heard.  Mostly, I'm ticked at myself for adding to their viewer numbers by falling for this.  Last minute PR that smacks of self-indulgent trickery never sits well with me.  The reviews will be what the reviews will be and we'll see how long it lasts.  Ticketmaster is still selling months in advance... including opening night seats.  But I hear TDF has taken it down.  Interesting...  Selfishly, I hope it makes it until 11/25 so I can see it.  And my review will be what it will be.  Still, I hate going into a show with a bad attitude...