FACE OF THE FUTURE: Spencer Plachy of The Mystery of Edwin Drood 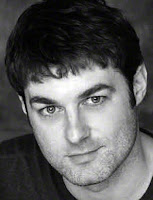 Can you imagine making your Broadway debut in a cast full of Broadway veterans, including the legendary Chita Rivera?  Well, this week's Face of the Future, Spencer Plachy, did just this when he opened the revival of The Mystery of Edwin Drood last Tuesday!

The Penn State alum has also appeared in New York in Subways Are For Sleeping and Roundabout's The Common Pursuit.  Other credits include several appearances at the Alley Theatre, a national tour of Oklahoma, and regional productions of All Shook Up, Two Noble Kinsmen and The 39 Steps.

A good-looking, triple threat, Plachy has history on his side: the ensemble of the original cast of Drood included such "faces of the future" as Judy Kuhn, Ron Marshall and two-time Tony winner Donna Murphy.  Let's hope Spencer has the same great future in store! 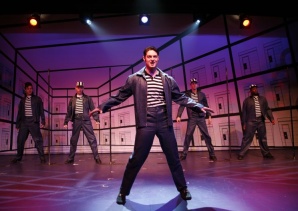 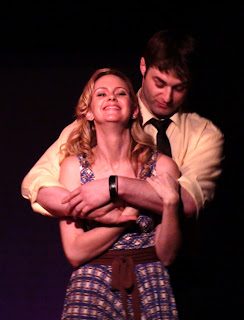 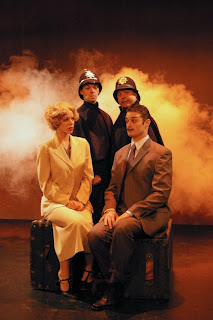 Subways Are For Sleeping (Left) and The 39 Steps