Readers, I know that many of you are Sondheim fanatics just like me.  And I know that we are all probably biting our nails waiting for his next new show or a revival of some sort (Anyone Can Whistle, please!)... so, when this press release came my way, I just had to share it with you!  Sadly, I can't make it... but if you go, PLEASE write in and let me know how it went!

WHAT
WHERE
WHEN
COST

Featuring the music and lyrics of Stephen Sondheim

The Bluest Ink is a dynamic, modern exploration of both iconic and obscure Stephen Sondheim songs as they relate to the lives of young people, and a celebration of their intimate relationship with New York City.
“It's an incredible thrill to explore Sondheim’s work and hopefully illuminate it's timelessness,” said director and project conceiver Max Friedman. “We're telling new stories in a way that we think today's young audience, our peers, will really connect with.”

“Sondheim’s chords, harmonies, and melodies work so well together,” said co-producer and orchestrator Charlie Rosen. “I’m focused on preserving the energy and integrity of this classic music, while adding fresh and imaginative twists influenced by my knowledge of Jazz and contemporary harmony.”

The entire cast and creative team of The Bluest Ink is comprised of artists under 25 years old, making this production “Sondheim from a millennial perspective.”

The Bluest Ink is conceived and directed by Max Friedman, with musical direction and arrangements by Charlie Rosen, with additional arrangements by Steven Feifke. Animations are by Ilana Schwartz. Friedman and Rosen, with Van Patten Media, produce this world premiere concert staging. It runs one night only—August 26, 2013 at 10pm—at (le) poisson rouge in the West Village. 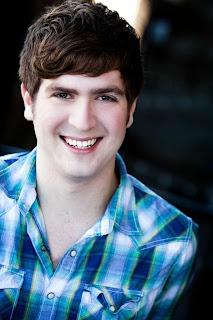