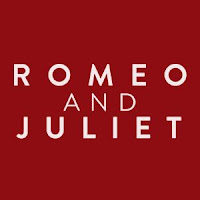 This season looks like it'll be packed with Shakespeare revivals, and I have tickets for you to win to the star-studded production of Romeo and Juliet, starring Orlando Bloom and Condola Rashad!  One of the world's most famous and popular works, this production about two star-crossed lovers is the 36th to be produced for Broadway - the first happened in 1754, and the most recent was in 1977.  In order to win these hot tickets, you'll need to enter by Noon on Saturday, August 17.  Be sure to follow the directions carefully!  Good luck! (Don't want to enter the contest, but want to see the show?  Scroll to the bottom of this blog entry for ticket information, including a special offer for students and educators!)

While ROMEO AND JULIET is the most famous love story of all time, this production will mark the first time in 36 years that the play will be produced for Broadway. This version of the classic tale will retain Shakespeare’s original language but have a modern setting in which members of the Montague family will be white, and the Capulet family will be black. 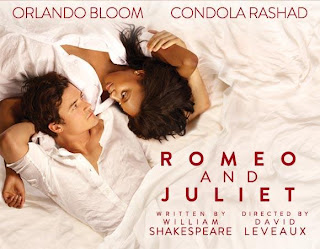 1.  Condola Rashad, who will be playing Juliet, was last on Broadway in which show?
A. Radio Golf
B. Stick Fly
C. Into the Woods
D. The Trip to Bountiful

2.  Orlando Bloom, who will be making his Broadway debut as Romeo, is probably most famous for his roles in which film franchise?
A. Fast and Furious
B. The Pirates of the Caribbean
C. The Transformers
D. Saw

3.  As of August 11, 2013, there are planned Broadway productions of all of the following Shakespearean plays this season EXCEPT:
A. As You Like It
B. Macbeth
C. Richard III
D. Twelfth Night

A limited number of $20 tickets for each performance are available for college students. Tickets may be purchased in advance either at the Box Office with valid ID or online, exclusively through TIX4STUDENTS.COM. Limit of two tickets per order; price does not include facility fee.

For educators: A limited number of $20 tickets for each performance are available for educators. Tickets may be purchased in advance at the Box Office with valid ID. Educator tickets are only available for purchase at the box office. Limit of two tickets per order; price does not include facility fee.