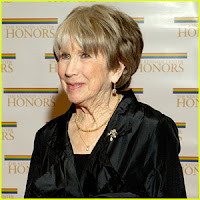 Although the general masses of a certain age probably only knew Julie Harris from her eight year stint on TV's Knot's Landing, and still others probably knew her from her work on films like East of Eden, as a person passionate about live theatre, I have been pleased to see that the majority of obituaries and tributes I've read since her passing on Saturday refer to her in terms like "Broadway legend," "acclaimed stage actress," and "luminous Broadway icon."  Somehow, I think she'd be pleased with those labels, too.  There is a particularly nice article in The New York Times HERE.

The celebrated six-time Tony-winner really did it all - drama, comedy, plays, musicals - including the classic roles of Shakespeare, and the creation of such iconic roles as Sally Bowles in I Am A Camera, the tomboy Frankie in Member of the Wedding, and several one-woman shows centering on real-life women such as Mary Todd Lincoln and Emily Dickinson.

I had the great fortune of seeing Ms. Harris perform live twice.  One time was in the mid to late 1980's in a pre-Broadway engagement of Lucifer's Child, in which she played Isak Dineson, who I had only heard of peripherally because Meryl Streep played her in the film Out of Africa.  That time in my life was definitely my see everything I possibly can, no matter what it is stage.  But I have to admit, I almost skipped this one because I wasn't too sure about one-person shows, and even less about the subject matter.  Well, it was my grandmother who convinced me to go (with her) explaining that I should always make time to see the really great actors whenever I had the chance, and, surely, Ms. Harris qualified.  As it turns out, my grandmother was right.  Harris was amazing.  How a woman of such small stature could still be so huge a presence still amazes me.  And while I'm still not a huge fan of Dineson, for those two hours, she had me in the palm of my hand, the great Julie Harris as the vehicle.  I don't go out of my way to see one-person shows, but I owe it to Ms. Harris and her thrilling turn that I am willing to try one from time to time. 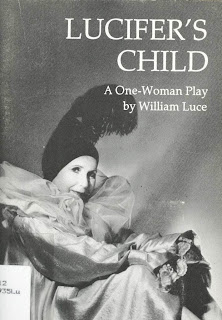 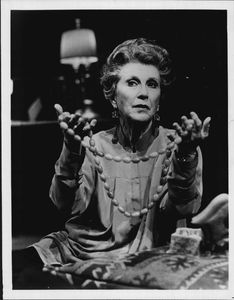 The second time was in the 1994 Broadway revival of The Glass Menagerie, in another of her classic roles, Amanda Wingfield.  While many people who saw that recall the fragile performance (and Broadway debut) of Calista Flockhart, I remember distinctly, the powerful and often heart-breaking performance of Harris, a dramatic mix of strength, self-delusion and loss.  Watching her navigate the tricky waters of a woman desperate to keep the fantasies spun to protect her family from a cruel reality in act one, and watching her react to how all of that reality plays out as the fantasy crumbles around her in act two, is still one of the highlights of my theater-going experience. 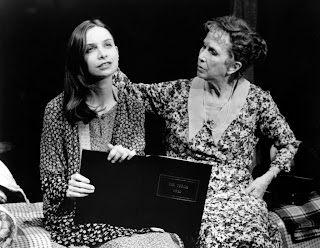 Thank you, Ms. Harris for a lifetime of exciting theatre, enthralling film and television, and a life that influenced many people you never even met.  Me included.  Rest in Peace.