Though by the end of the season last season it all seemed to come down to two scores - Kinky Boots and Matilda, I think a few other scores were just as worthy of consideration.  Be that as it may, I can understand why camps for both shows are so fervent in their passion for each.  And I enjoyed both for several different reasons.  I'll discuss the former another time, but for now I'll discuss the latter; of the two, though, Matilda is my favorite in terms of pushing the art form. 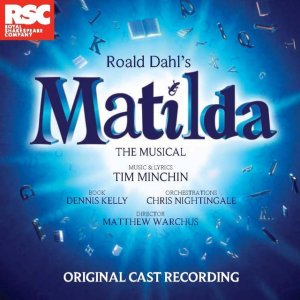 
THE BIGGEST REASONS THAT YOU NEED TO ADD THIS TO YOUR COLLECTION:

A.  Find out what you missed at the Shubert Theatre.  I know I am not alone in feeling that I missed a great deal of the song lyrics (especially) as I watched the show due to a - I'll be kind - muddy sound mix, and some over zealous accents screamed by the largely American cast.  Thematically, Matilda is very word-driven.  The child is eons smarter than her parents and uses words as her weapons of mass destruction.  Two of the driving forces of positivity in her life are also word-centric, one a teacher, the other a librarian.  Unfortunately, the recording does not completely get rid of that feeling of missing something in a show that relies so much on the words.  Thank goodness for the complete lyrics! 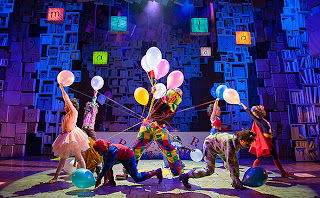 B.  This score is worthy of study and needs to be paid attention.  All of the above said, not unlike many a Sondheim score, this one requires repeated listening in order to really "get" what is going on.  (Before you write, I'm not suggesting that this is on that level, but rather that simply hearing it a few times won't reveal its many treasures.)  Minchin's music often has the feel of a children's album; its "energy numbers" are bouncy and rhythm-based, the slower numbers suggest the easy melodies and tempos of lullabys.  But it is his lyrics that are the real bounty here.  Rarely has a score been so tied to its source - he captures the anarchy and rebellion of Roald Dahl's children characters, the words so character driven, you can tell who is who without benefit of seeing the show or reading the booklet, and the themes and realities of Matilda's world are never, ever forgotten.  Much has been said about what has and has not been included from Dahl's novel, but one cannot blame Tim Minchin. His score - music and lyrics - are both an extension of the source and a stand-on-its-own musical theatre masterpiece in the making. 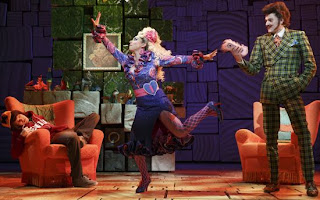 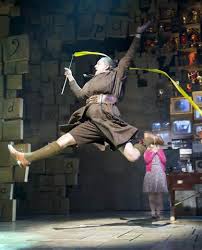 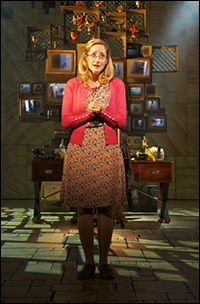 C. The recording preserves 2 Tony-nominated performances.  While all of the performances on this cast recording are pretty terrific, I think it is a shame that, like Billy Elliot, the Broadway company will not be preserved.  I'd love to hear Lesli Margerhita tear her way through "Loud," and Tony winner Gabriel Ebert's "Telly."  Still, the much talked about star turn of Bertie Carvel is here in all of its gender-bending glory - though it does stand out how little he really sings as Miss Trunchbull (2 company numbers).  Of course, there is substantially more to the role, scene-wise.  And to that end, let the CD continue to play after track 17 seems to be over...  Much less seems to have been said about Lauren Ward's Miss Honey.  I'll venture to say that outside of Matilda herself, Ward had the most challenging role in the show.  She's rarely off stage, so much happens to her.  When she has her moments, they are big -  2 solos, a charming duet ("My House") and parts in several group numbers.  And all of this while she has to play the quiet wallflower/doormat!  So, I'm glad we have those two performances. 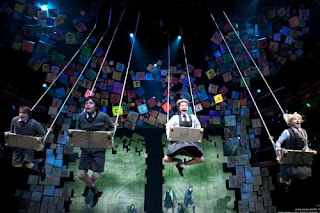 D. The Stand Out Numbers.  For me, these are the numbers that stand out, and get repeat play when I have the CD on the player: the exciting opener, "Miracle." "Naughy" by Matilda, the hilarious "Loud" sung by Mrs. Wormwood and Rudolpho, the doozie of an act closer "Bruce," and my three favorite numbers, Matilda's "Quiet," the finale, "Revolting Children," and the song that chokes me up (even as I type this), "When I Grow Up."

Listening to the cast recording makes me look even more forward to my return visit to the land where the small triumph over the larger than life, and where it is OK to long for NOT growing up entirely.

(Photos from both the London and Broadway productions.)