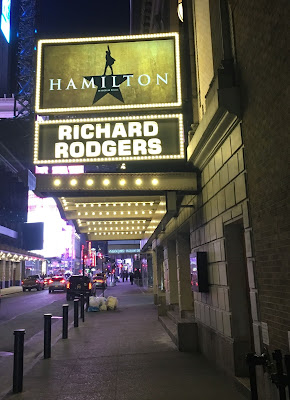 Let me say two things from the outset: Hamilton will never be a favorite of mine, and I do recognize the achievement that it is. It has become an integral part of a national level conversation on culture and politics. Even 3 1/2 years into its record-breaking run, rarely a day goes by when the show isn't referenced on sitcoms, dramas, soaps, game shows or the nightly news. Its creator, Lin-Manuel Miranda, is everywhere - for better or for worse, on the verge of overexposure. It's in spin-off books and recordings, and die-hard fans are living for the day that the filmed performance of the original cast sees the light of day. I count myself fortunate to have seen them live, not too long after it opened. 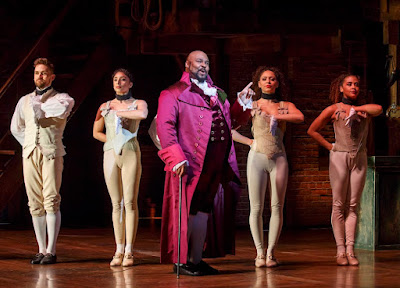 I count myself even more fortunate to have seen it again this past week. I won't argue with Hamilfans over the best/worst A. Burr/A. Ham/Eliza/Angelica. I understand the unique thrill of being in the room where it happens (I had to) with the originals. So I will just say that I enjoyed this cast much more (more about them in a minute). Part of what made the show so ground-breaking was the much ballyhooed non-traditional casting. And while that is still worthy of mention, a great side effect - one I hope Mr. Miranda was going for all along - is that the casting now feels less like a point-making stunt and more about casting the best people for the job. No worries, the point of multicultural casting is still being made, but now it feels natural, which is terrific. It's simply the way it should be.

If I had to point out a weakness in the cast, I'd have to go with James Monroe Iglehart, who doesn't offer much of a contrast between his dual roles of Lafayette and Jefferson. Outside of a costume change and an on-again, off-again accent, I'd be hard pressed to recall anything specific that he does to show us two different men. His constant companion, Andrew Chappelle, offers a sharp contrast with a coyly fey delivery, in another pair of roles, Mulligan and Madison. Interestingly, I found this to be the exact opposite with the original company.  Always a show-stopper, King George is a wry delight, and Euan Morton continues the tradition. There's something about an actual Brit that adds to the playing of this role. 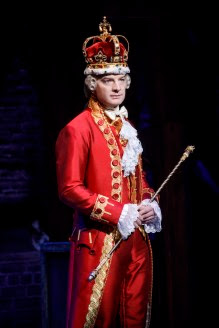 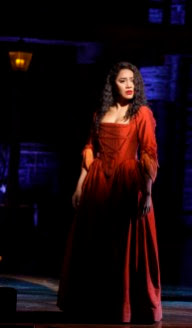 On the distaff side, the Schuyler sisters remain my favorites - with the best songs between them, too. Joanna A. Jones is sweet as the tag along youngest sister, Peggy, and shows nice depth in a brief appearance as Maria Reynolds, subject of our nation's first sex scandal. As Angelica, Mandy Gonzalez is a tower of strength and dignity. You can feel her agony in the mezzanine, and can she sing! Of the three, though, Denee Benton is the most dazzling. The very definition of demur and strength, her Eliza is breath-taking, especially her turn with "Burn," a truly lovely stand-out song. I'm so glad this trio was on.

Ryan Vasquez's George Washington was an impressive mix of considered thought, inner turmoil and a brooding power that left no doubt he was leader. A terrific singer with charisma to spare, his version of the father of our country is a sensual tour de force. What I loved most about Daniel Breaker's Aaron Burr were his comic choices, which, carefully chosen, allowed us an "in" to feeling something for the villain of the piece. Sure, he has swagger, attitude, and a maddening haughtiness, but who says you can't like the bad guy a little? Finally, the wonderful-in-all-ways, Michael Luwoye demands our attention as the titular Alexander Hamilton. Finally seeing a skilled actor and amazing singer in the main role really changes the game here. While Mr. Miranda definitely has his charms (I really am a fan of his, honest), he's not the actor or singer Mr. Luwoye is. You never really forgot you were seeing Miranda; this time, I feel like I saw Hamilton as a character. 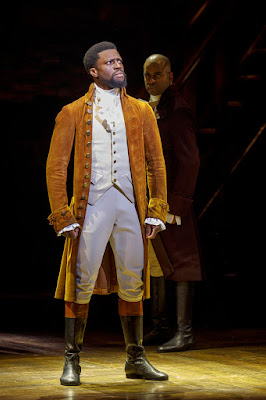 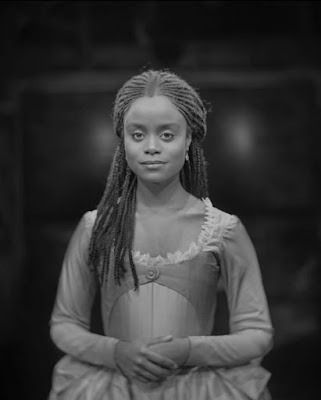 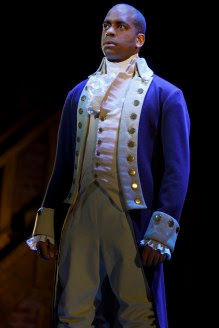 A big fan of Miranda's earlier In the Heights, it is clear to me he has grown as a writer, particularly in the area of lyrics, which are full of theater-based Easter eggs. But, as a fan of his earlier work, I also recognize that many of the songs in Hamilton are remarkably similar - and not in the same way people recognize songs by Sondheim or Herman. Similar in the way people dismiss other shows as being derivative. And, as exciting as the show is, the book could use a Hamileditor. Again, I do recognize the overall brilliance of the work, but perhaps its popularity allows it certain "passes" that other shows aren't afforded.

Thomas Kail's direction and Andy Blankenbuehler's choreography are so tightly linked that one can't tell where one ends and the other picks up. That is mostly a good thing, though after awhile, the bazillion tics, thrusts, poses and stop-motion moves are almost distracting. And, frankly, the dance moves get pretty repetitive, too. It doesn't help that many (if not most) of these moves were a part of In the Heights. (Don't believe me? Be sure to check out tomorrow's blog.) All of that said, the ensemble is brilliant (kudos, especially to Thayne Jasperson, fresh as his opening night performance, and to the woman who plays "the bullet," who is wonderful) - the show would be nothing without them. Ultimately, it is the rare time when the staging (and music/book) veers from the norm that the show really works best. The "wedding rewind" sequence from Angelica's point of view is amazing, and the aforementioned "Burn," as well as any time the Schuyler sisters sing or when the King is onstage are the best moments. They stand out for all the right reasons. 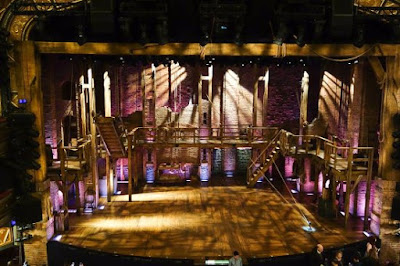 Technically, the show is aces, particularly the rock star lighting designed by Howell Binkley, and the period costumes with an edgy modern feel designed by Paul Tazewell. Nevin Steinberg's sound design left a bit to be desired, with whole sections of the show's lightning fast lyrics virtually unintelligible. I don't believe one should have to arrive at a musical with the songs memorized in order to understand the words. I am a huge fan of set designer David Korins, and his massive unit set/turntable combination is majestic. The combination of all the elements together is indeed impressive. And yet...more often than when seeing it the first time, I was aware of feeling manipulated, that everything about it is so unflinching in its pristine presentation, it feels sterile.

Hamilton is great. But imagine how much greater it would be with a little less perfect precision, and a lot more heart.