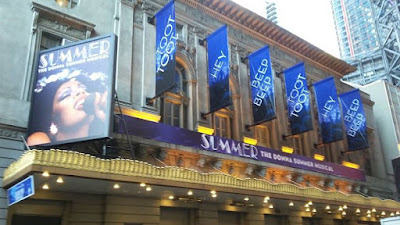 With last week's announcement that the Michael Jackson bio-musical Don't Stop 'Til You Get Enough is Broadway-bound, (not to mention the forthcoming Tina Turner show Tina) I've been giving this sub-genre more thought than usual. Personally, I'm getting a little bit of bio-musical fatigue, though if it is interesting and entertaining, I'm game - both On Your Feet! and The Cher Show were great fun. I am not a fan of the grand-daddy of bio-musicals, Jersey Boys, and I'm not a fan of The Temptations, so I'll be giving Ain't Too Proud a pass. Whether Michael or Tina win me over as musicals remains to be seen. Will they suffer the same fate as Summer or will they run for years? So, fatigue or not, I am willing to consider the following (alphabetically):


THE FRIDAY 5:
5 Bio-Musicals We'd Actually Like To See
(Just no more 3 actors playing the same person!) 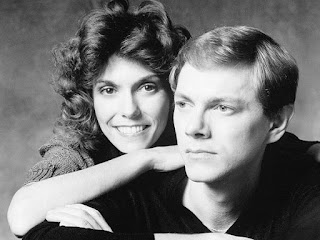 (The search for someone to play Karen will be difficult. But at least try, okay?) 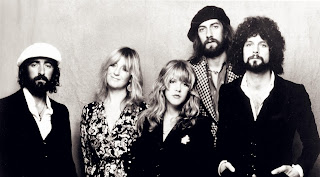 I'd pay full price just to see a battle of egos between Lindsay and Stevie! 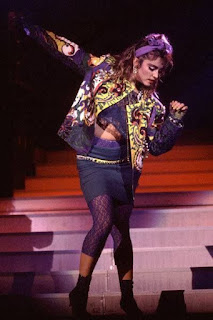 Madonna:
The Material Girl. Just telling her story straight would be epic drama. Her early songs will have that "dancing in the aisles" feel, her later songs have heft and emotion. Act One and Act Two done!

A whole section on her movie career, the trajectory of the career-defining "Like a Virgin" from staple to refusal to perform, the controversy surrounding "Like a Prayer," her S and M video that even MTV banned, her naughty coffee table book... the scenes write themselves! Done right, they even have troubling social commentary.

And let's face it. Watch her constant evolution of looks and style would be a visual feast. And you know the whole thing would be NC-17 sexy. Just imagine the ensemble they'd have... even Broadway Bares would blush. 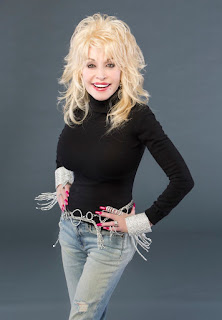 She's a great song writer - the scene where she wrote "9 to 5" by clicking her fingernails practically writes itself. And she could write original songs to supplement the jukebox score!

Dolly's been through a lot. Let's celebrate her personal triumphs! 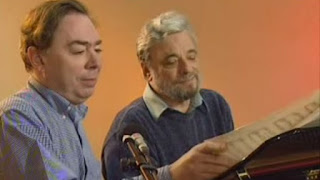 Andrew Lloyd Webber & Stephen Sondheim:
I'm picturing a War Paint type set-up, only much better. You'd think it would be great just using their greatest hits, but not here. How about they each write completely new songs for their parts in the show? Talk about a two-fer!

1. Which musical to open so far this season does not feature a leading lady making her Broadway debut?
a. King Kong - Head Over Heels had Bonnie Milligan, Pretty Woman has Samantha Barks, and The Cher Show has Micaela Diamond. Only King Kong's Christiani Pitts has appeared on Broadway before.

2. Which actress will be opening in a show this season for the third consecutive time at the same Broadway theater?
d. Laurie Metcalf - Ms. Metcalf has opened at the Golden Theatre in A Doll's House, Part 2, Three Tall Women and, this season, Hillary and Clinton.

4. Kevin Adams, lighting designer for The Cher Show, also designed the lights for all of these except:
b. On Your Feet!

5. How many new musicals currently listed for the 2018-2019 Broadway season are not based on pre-existing source material?
b. 2 - Only Gettin' the Band Back Together and The Prom are based original ideas. Head Over Heels is based on a play and the music of The Go-Go's; The Cher Show and Ain't Too Proud are bio-musicals, based on Cher and The Temptations, respectively; Pretty Woman, King Kong, Beetlejuice and Tootsie are all based on films; Hadestown is based on mythology; and Be More Chill is based on a book.