The Friday 5: 5 Takeaways from Sitting Near Kids at a Broadway Show 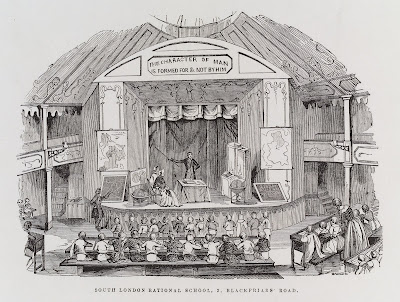 During my most recent Broadway trip, I had the opportunity to sit next to and around kids of a fair age range. Normally, I don't even notice such things, except that just prior to that weekend, there was a flap on Twitter over an article that blamed/shamed millennials for poor behavior at the theater. Full-disclosure, I am a 50-something Gen Xer, and know what it is to be blamed for society's ills by the generations before me.

So, here's how my seating worked out: at Puffs, I was surrounded by millennials. At Hamilton, I sat next to an 11 year-old celebrating his birthday with his self-professed "cool aunt," and behind two teenage boys and their parents. And at Harry Potter, I was seated next to a 10 year-old girl and her dad for 5+ hours. The results are the subject of this week's...


The Friday 5:
5 Takeaways from Sitting Near
Kids at a Broadway Show

1.  Kids are no different than any aged audience member... when they are thoroughly entertained. My neighbor at Harry Potter was so into it, she barely moved. And her reactions were so genuine it only added to the experience. Unfortunately, her dad was less fun. He asked her several times during the performance, "Do you like this, honey?" Needy for feeling you got your money's worth, Dad? 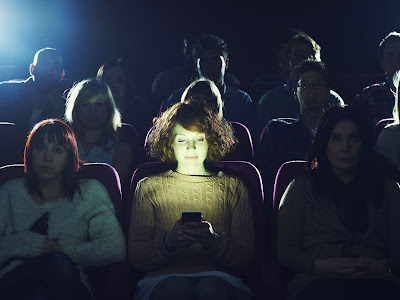 2. Kids follow the rules... The second the lights started dimming before the start of each act of Hamilton, the young man next to me turned off his device and put it away. Unfortunately, his aunt, who skewed closer to my age, was the one texting during the show. Put the cell phone away, lady.

3. Teenagers know what's cool, not their parents... I gather from their body language that the teenager in front of us weren't really into Hamilton. They never sat still, leaning forward, leaning on each other, and generally annoying everyone around them. When their mom excitedly asked then if they liked it at intermission, you could see the disappointment on her face when one of them mumbled, "It's okay, I guess." "Well, your father and I think it's cool." I couldn't see their faces, but I'm pretty sure I heard an eye roll.  Even if I had loved it at that age, I wouldn't have let my parents have the satisfaction of knowing they picked a cool show.

4. It doesn't matter where they sit, adults are just as likely to misbehave... we sat in the second row at the very small Stage 5 of New World Stages for Puffs. There were two "grown-ups" directly in front of me and small groups of millennials all around us. Guess who talked throughout the play, and spent the better part of the hour and a half folding and refolding their premium seat complimentary t-shirt in the front row? Hint: it wasn't anyone born in the 90's. The thing is, they were about 3 feet away from the actors at all times. 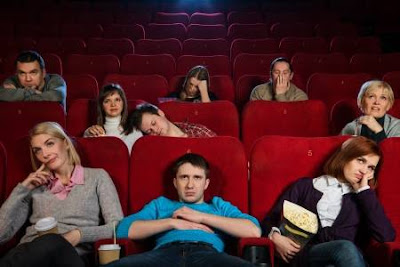 5. Kids are quiet... when they are entertained. Much like number one on this list, when the show is good, their lips are sealed. (This was true, too, at a matinee for Frozen last year.) Remember the girl and her dad at Potter? Not only was he looking for validation, but he was covering his own confusion. My favorite part was when she shushed him for asking her questions about the story during the performance.

Of course, this is anecdotal, and your mileage may vary. But, contrary to that article, my experience with annoying audience members is most often with people my age or older. We've all sat next to one of those...