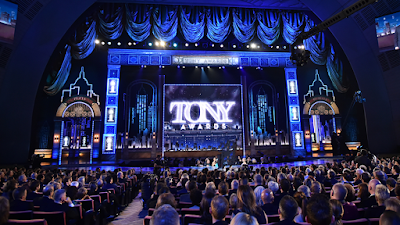 It is finished. The 2018-2019 Broadway season is officially in the books, and the post-Tonys haze begins to lift. Like most of you, we were glued to the screen on Sunday night watching events unfold.

The viewing was made more interesting this year with the inclusion of two close friends who see a couple shows a seasons, and attend with their friends most of the time. They use The Tony Awards to determine what they are going to see next. In other words, they are the exact reason producers are desperate to get on the show. The bottom line? They liked The Prom and Hadestown, but really want to see Jeff Daniels in To Kill a Mockingbird. Interesting, huh? They didn't see a single second of that show, but they want to see that really badly. Turns out an actor they respect + a beloved book as the source = tickets purchased. 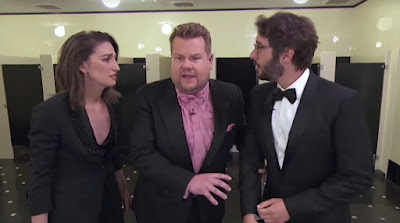 Favorite Funny Moments: Mike enjoyed the "fight" between Laura Linney and Audra McDonald. My favorite bit was "James in the Bathroom," especially when Sara Bareilles and Josh Groban joined in. They are two of the best sports in the business. (Side note: there was a real relief when George Salazar didn't show up to overact his way through the song again.) 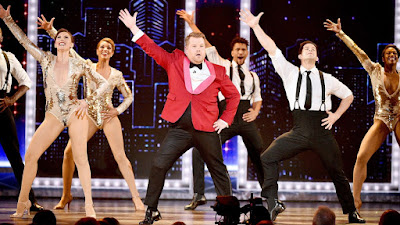 James Cordon was... funny, but not exceptional. What I expected and nothing more. That's not a bad thing, but not a great thing, either. I'll bet the opening number was as hilarious as it was long. Too bad the lyrics were largely unintelligible. 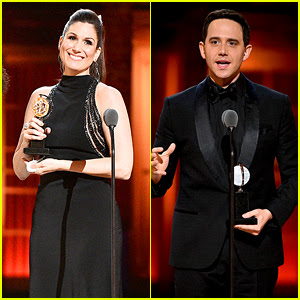 The speeches were mostly great. Pointedly political and wonderfully optimistic at the same time. Standouts for me included Rachel Chavkin and the end of Bryan Cranston's speech regarding the press. Bravo! (Side note: Am I alone in thinking that Stephanie J. Block did her speech in her "Cher"voice?) (Side side note: How much Red Bull did Santino Fontana chug before his speech?) 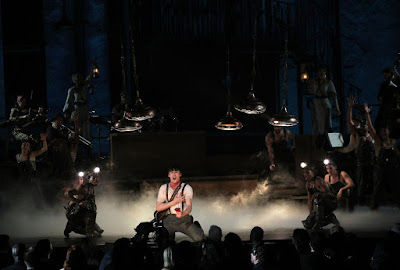 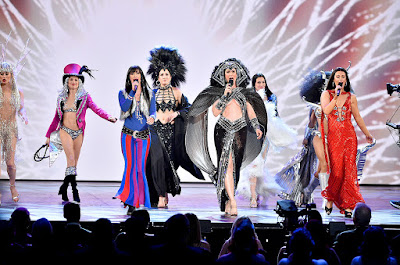 The show performances were their usual mixed bag of effectiveness. Ain't Too Proud came across exactly as what I thought was (and why I have no desire to see it): Jersey Boys in blue jackets instead of red, with an extra guy. Beetlejuice looked like a lot of fun, and, in fact, has cemented our desire to see it. The Prom was great, though as much as I love Brooks Ashmanskas in the show and in general, a mincing middle aged man alone in a teenage girl's bedroom out of context might seem a little...skeezy... Tootsie showed off its best number, but... yawn... Hadestown was beautiful (don't @ me on this, please) and only proved why Reeve Carney is so incredibly underrated. As for The Cher Show, well... I had two thoughts: how far away were we from a double wardrobe foundation? and more to the point... why???

With no real surprises, I felt like outside of many of my favorites taking home the prize, the show this year was kinda boring.  On the upside, we were fortunate enough to have seen 17 of the 26 winners.