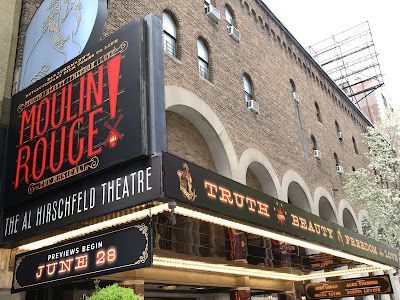 It's a new season, and it looks like things are going to start with a scorching summer on Broadway. And I don't just mean the city heat. We saw this season's first musical last summer in Boston and loved it; now, we can't wait to see it again. Moulin Rouge!, starts previews on Friday. They've revamped the show logo, and we bet they've made improvements to the show for Broadway, too.

First, let's take a look at the logo from the Boston run - what they kept, what they got rid of. They got rid of the moody blue-gray background and the Paris cityscape. They also got rid of the marquee lettering with the burnt out and missing bulbs. In short, they got rid of a lot of imagery that hues very close to the film upon which the show is based. I mean, I get why they used it. What better way to draw in the movie's fans? But, and I think this is a great idea, by getting rid of those things, it allows the show some distance from its origins. It was a little too spot on, and the show is not a replica of the film. 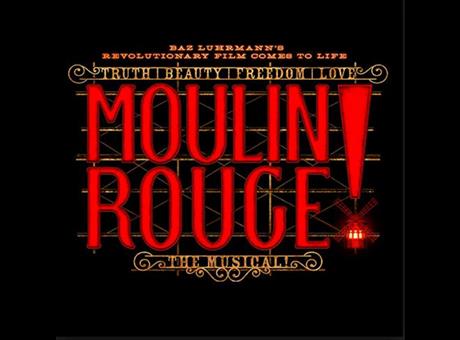 What they did keep is also wise, I think. Keeping the four tenets of the artists in the story - Truth. Beauty. Freedom. Love. - as a tagline is perfect. It sets up the themes of the show and is reminder of the film without a visual expectation. And here, by getting of most of of the ornate scrolling, you can actually read it - heck, even see it. They also kept the signifier - that subtly (all things being relative) pays tribute to its creator, Baz Luhrmann, with the great play on words, using "revolutionary." Yes, the film was revolutionary in rejuvenating the movie musical, while tipping its hat to the Bohemian revolution the main characters are trying to achieve. 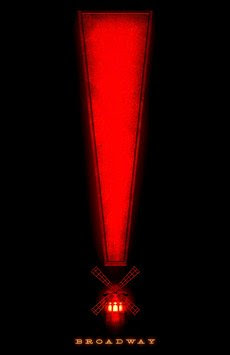 The bigger changes are also for the better. A stark black background really makes the red and gold of the logo stand out. And a streamlining of the lettering also really works in the context of the stage version. It is very red, though not much of the show reflects the old lettering with burnt out bulbs. The font, though less ornate, is striking. The absolutely best addition/change to the logo, though. is the huge exclamation mark, with the windmill as the dot. I love that. I hope they have t-shirts with just that on them.

As much as I loved the original pre-Broadway artwork, I love this version even more. It bodes well for growth in the show itself.

Side note: In researching images for this article, I came across pictures of the actual Moulin Rouge in France. I love how the act two show curtain (in Boston, anyway) used the same letter style! 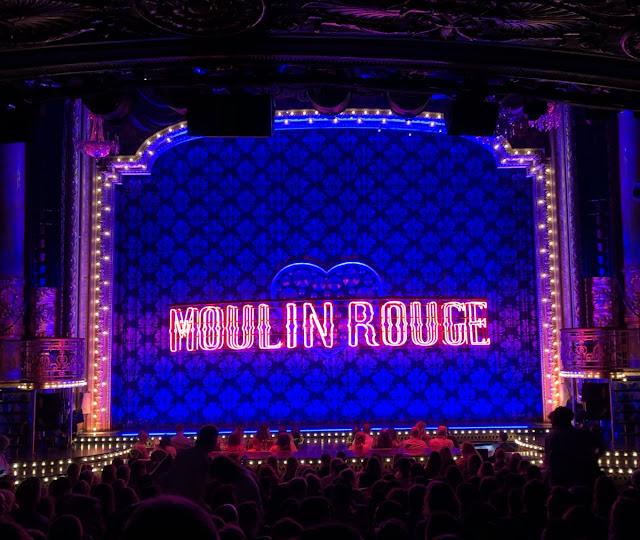 This logo is a keeper!