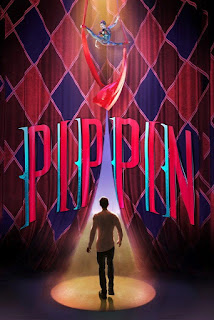 One of the greatest thrills of seeing live theater is when you see a favorite work in a whole new light. Such is the case with the 2013 revival of Pippin, which completely blew me away. There was just enough of the original's trademark style (The Manson Trio, fully intact...phew!), and a TON of creativity. Goosebumps aplenty with each amazing circus trick, followed by belly laughs (Andrea Martin's act really was astonishing and really funny), sexiness galore (Mathew James Thomas naturally, but also the slinky Leading Player, Patina Miller, and the eternally sexy Charlotte d'Amboise), a terrific corps of multi-talented ensemble members, and even a revelation or two - tears were shed following "Morning Glow," and a Catherine played as never before by the wonderful Rachel Bay Jones. I loved Pippin before, but this time around I was obsessed!


Here's a look inside the opening night Playbill of Pippin: 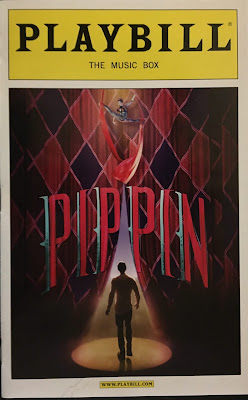 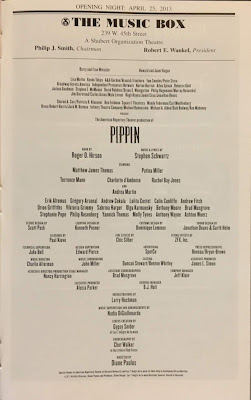 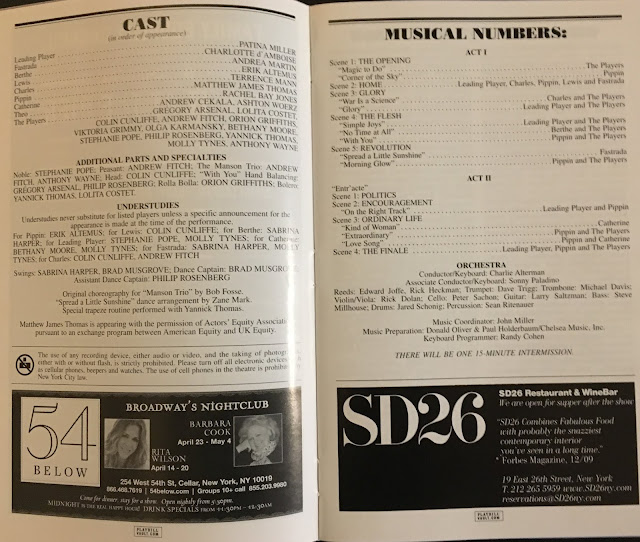 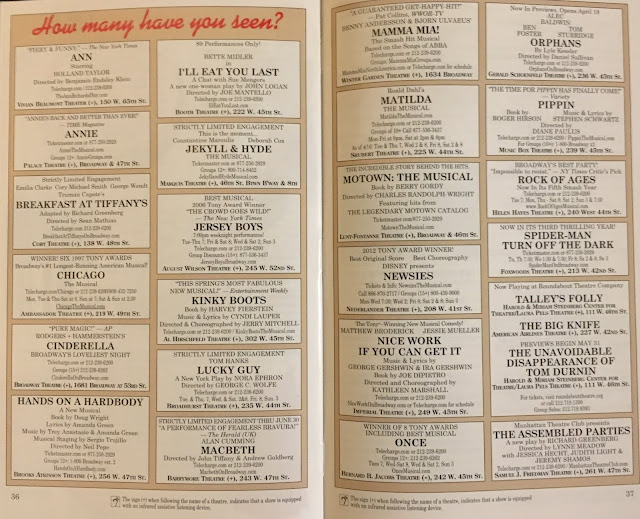 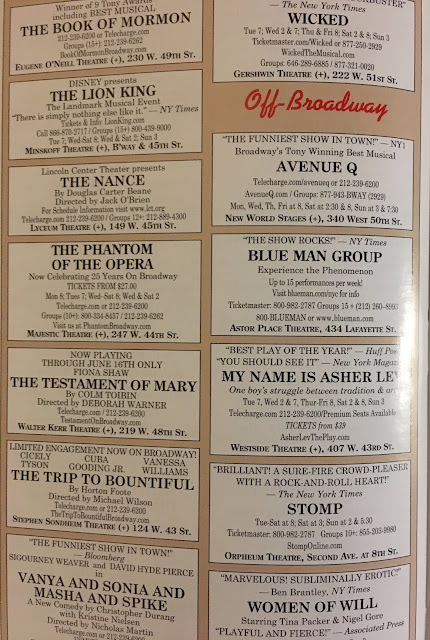 The names may have changed, but Broadway hasn't really changed that much in the last 6 years. April is Tony cut-off months, so all the biggies are in under the wire. Big name stars: Bette Midler, Cuba Gooding, Jr., Alec Baldwin, Sigourney Weaver and Tom Hanks!!?? And stage stars galore, too: Cicely Tyson, Fiona Shaw, Nathan Lane, David Hyde Pierce, Matthew Broderick, Jessie Mueller, Jessica Hecht, Judith Light (on the cusp of her second Tony!), Laura Osnes and Santino Fontana. The classics of today were still playing then: The Phantom of the Opera, The Lion King, Chicago, The Book of Mormon and Wicked. Like I said, the same, but different.