Ah, reminiscing... So, over the first 300 Broadway shows, I've enjoyed many a show that others dislike. You know the ones I'm talking about - shows that are "too popular," "too silly," or a combination of both. They may or may not have had critical huzzahs, and they may or may not have earned awards. But they are just a lot of fun, and leave you happier for having seen them. I've seen all five of my top guilty pleasure shows a number of times, in multiple venues. But i'm not embarrassed! I'm happy they are a part of my life.

Of course, not every show can be a favorite. Over 300 shows I've seen the good, the bad and the really bad. Below are the five worst shows I've ever seen on Broadway. Ever. What is interesting is that all five shows featured actors that I adore and respect. So it really is the show and not the star.

I'll bet that some of my guilty pleasures are on your worst show list and vice versa. Let my know what you think! 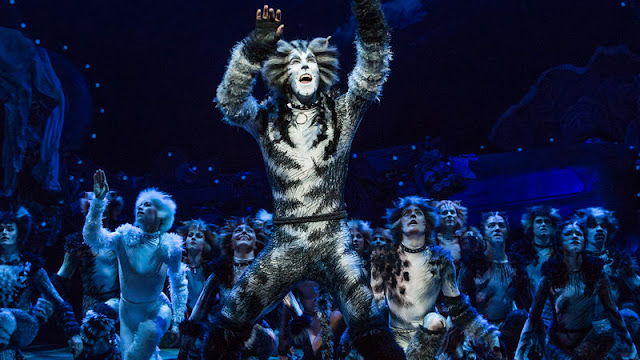 I guess I'm a jellicle at heart. I just love the magic of it. The thrill. The immersive feel of the show at the Winter Garden was so unique at the time. And I'll never forget my first time when one of the cats crawled over the edge of the mezzanine, up on to the arms of my chair, paws curled, offering her the perfect cat balance, while purring the lyrics to "The Naming of Cats." Mmmm...the crescendo of the overture as the ring of lights slowly rose from the stage. OK, I know they are dead cats vying for a new life, but I prefer to think of them as auditioning a la A Chorus Line, with Old Deuteronomy as Zach and Grizabella as Cassie. Meow! 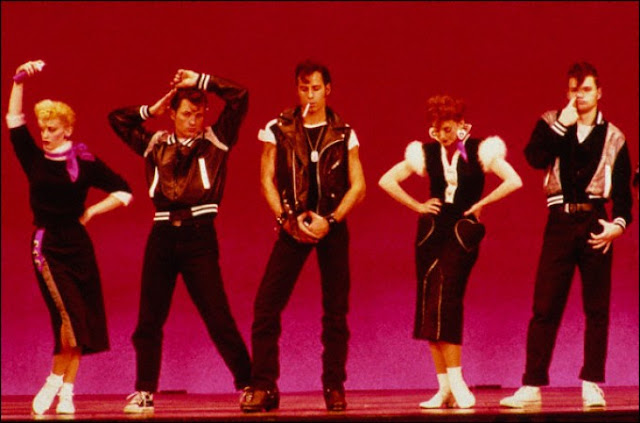 I think I will always love the film version of Grease more than any stage version of the show. I mean, Olivia Newton John! But I really loved the 1994 revival. I first saw it in its pre-Broadway run in D.C., and saw it many times at the Eugene O'Neill. It was always a barrel of fun, no matter who starred in it - Brooke Shields was particularly good. But the original cast was the best, and today, reads like a who's who list: in addition to "star name" Rosie O'Donnell, there was the late great Jason Opsahl and Marcia Lewis, plus then-unknows Megan Mullally, Sam Harris, Jessica Stone, Hunter Foster and Billy Porter. Rama lama ding dong! 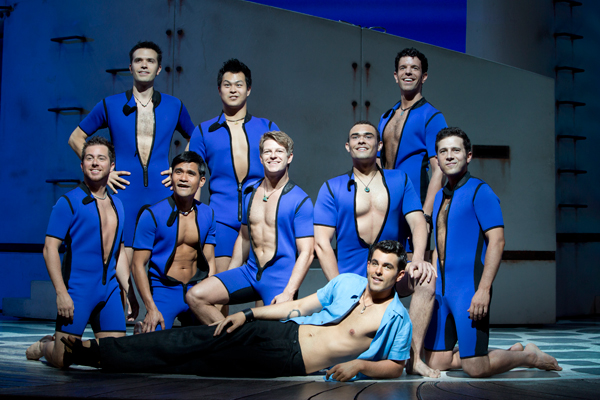 ABBA! Laughter, tears. Laughter through tears. "Dancing Queen." Shirtless guys dancing to "Voulez Vous." Enough glitter and spandex to turn a right-winger gay. There isn't a single second of it I didn't love! Hell, I didn't even mind the (repeated) terror of the unexpected start of the Act Two Entr'acte. It was awesome to see the original cast, but honestly, I never saw a cast I didn't love. Ready for the revival... 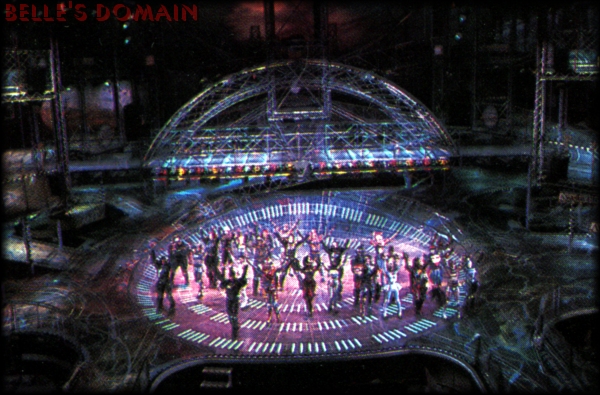 Yes, it is Cats on roller skates. Yes, it is childish. Why are either of those things a detriment? I love the catchy score - Mike will tell you that I can sing "Freight Is Great" on demand..."I'm Rocky. There's lots like me. I'm Rocky 2. I'm Rocky 3."... The set was beyond incredible. The costumes and make up were beyond amazing. And the racing was truly exhilarating. My crush on Jane Krakowski began with that show. The original color Playbill and window card are among my favorite possessions. Race time! 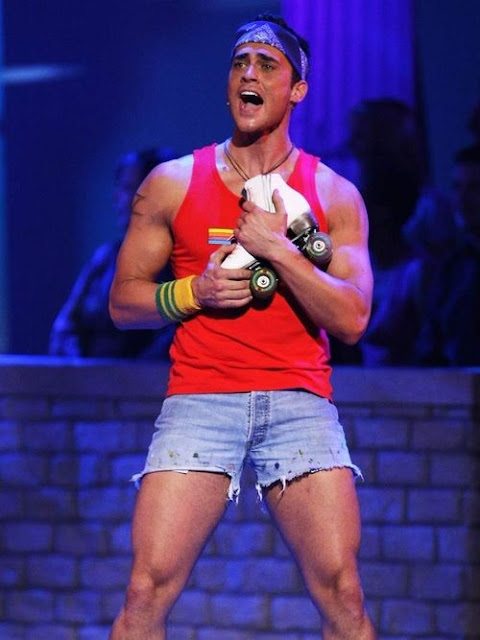 Do I have a thing for roller skates? Olivia Newton John films? Probably. But even more so, I love funny shows with a heart. Went into this one at an early preview expecting a train wreck that we could laugh at and say we saw it. But instead we laughed with it and saw it several times. And the onstage seating was a riot. That close to Cheyenne Jackson and Curtis Holbrook? Hubba hubba! Favorite memory? When I was onstage, and turned my head to look at Mary Testa behind me, then she took my head in her hands and turned me away. I couldn't stop laughing! Xanadu forever! 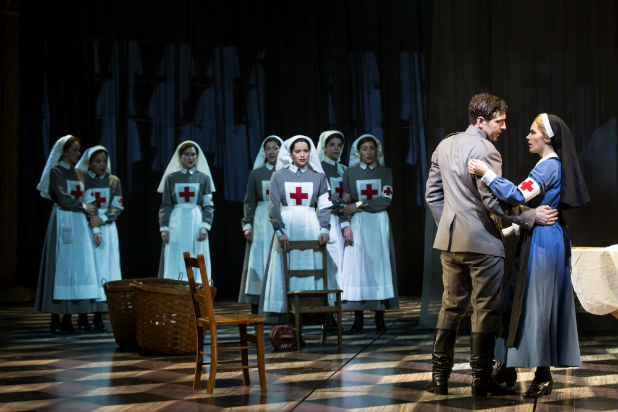 What does it say about a show whose most interesting aspect was a never moving table and chair? An epic story that seemed perfect for musical adaptation, this was an epic disappointment. I an hopeful that some day both Kelli Barrett and Paul Alexander Nolan finally get into a show worthy of their talents, and I hope Moulin Rouge! ends up being Tam Mutu's big American break. 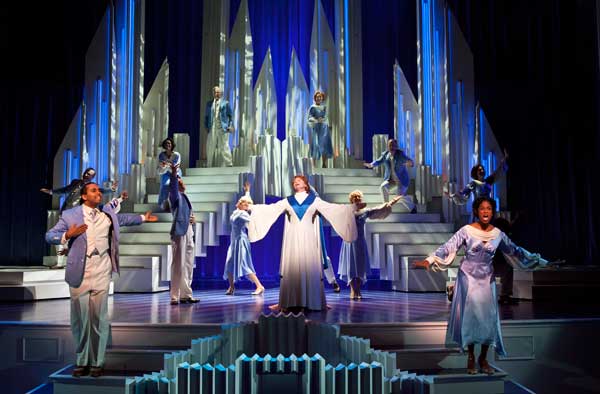 If I could only pick one worst show, this may be it. It wasn't even so bad it was good. I didn't need to see Carolee Carmello play a teenager. And I really didn't need to see Kathie Lee Gifford make an entrance at the front of the orchestra and slowly work the aisle shaking hands, giving autographs and taking selfies as she found her seat.

Today, Ms. Carmello is one of my absolutely favorite Broadway stars - her Mrs. Lovett is my favorite, ever, and I loved her in Mamma Mia!, too. 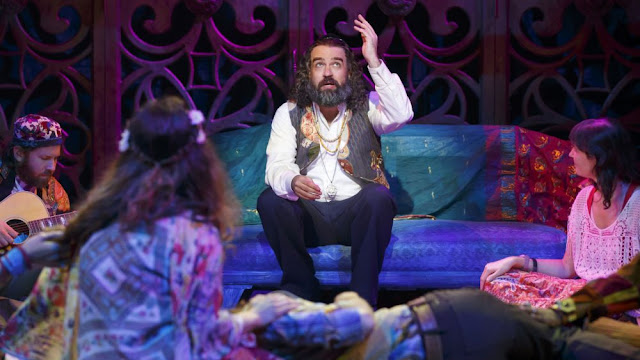 Tacky, uncomfortable and poorly directed, the only thing worse was the less than community theater level of performance. I was embarrassed for the entire company. There wasn't even an interesting set to distract me. My apologies to anyone in the audience at the Circle in the Square who saw me fighting not to nod off.

That said, I've seen every Broadway performance by Eric Anderson, and I am happy to say that I loved him in Pretty Woman (and other things). He was a true bright spot in that show. 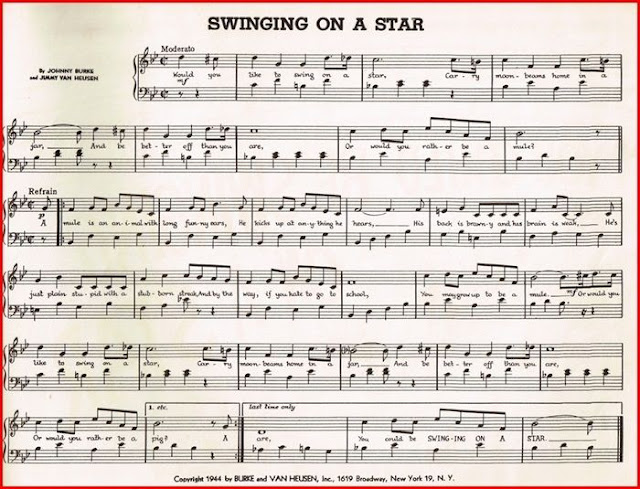 Since there was almost no one in the audience, I was able to discreetly leave during the show. I couldn't even wait until intermission. Oh my God, this was bad. Apparently, I wasn't alone in feeling that way. Per the Broadway League, for the week ending December 24, 1995, the show played to 20.04% capacity, averaging less than 200 patrons per performance at the Music Box. I still can't believe this show was nominated for Best Musical!

Eventual Tony winner Michael McGrath is one of my favorite character actors, and is one of very few bright spots in Tootsie. 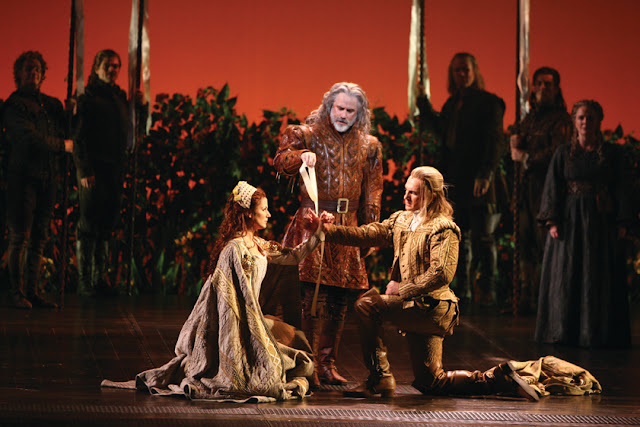 Stephanie J. Block, I almost quit you after this stinker. Aside from some beautiful costumes and the sublime Linda Balgourd, this show was a laughable mess. Literally. From the 5th row on the aisle, I was treated to the pirate queen squatting to give birth. It was not a quiet moment, especially when the baby dropped and a "squish" sound came blaring out of the speakers. Apparently, it was quiet enough for Ms. Block to hear me involuntarily burst out laughing. Our eyes locked for a brief second. And I still have PTSD from those f'ing cannons...

Of course, since then I've come to love the recent Tony-winner. Not only did I love her in The Cher Show, I also loved her in The Mystery of Edwin Drood and Falsettos. Sorry I was rude, SBJ. I really couldn't help myself.