Opinions: West Side Story Part One 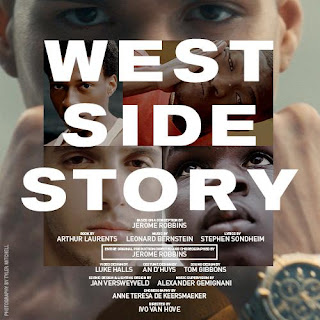 I'm not sure why it surprises me that cancel culture has come to Broadway, but it does. Theater has always had its harshest critics and most vehement fans. History has the shown that the Great White Way isn't immune to scandal; it has endured shifty gangster connections, thieving producers, and even the casting couch. But with the benefits of the Internet and social media allowing us to share our thoughts - reviews and otherwise, the thrill of talking about rubbing elbows with the stars, and seeing first previews, so, too, come the ugly side - name calling, lies, "stanning" and the nearly insatiable need to be the first to absolutely skewer everything that comes along. Like somehow it makes one the top of the heap to get in the very first barb.

But what is going on with the forthcoming revival of West Side Story is a new low.

Let me preface the rest of this by saying I truly believe that everyone is entitled to their opinion, and entitled to have their say. If we don't agree, so be it. Hear me out, and I'm glad to hear you out. I'd like to address a few things I've heard and read about this over the next couple of weeks.

"It's too soon for a revival."

Okay. No one complains when a new production of Hamlet or Macbeth is announced, or anything by Shakespeare for that matter. Heck, not too long ago, there a single Broadway season that had two productions of Macbeth. Whenever there's a revival of the bard, Miller, Williams, Albee and others, the outcry that "it's too soon!" isn't heard. In fact, it is often welcomed.

It will have been more than 10 years since the last revival of West Side Story opened on Broadway. A show that is so integral to the modern American musical canon, and a decade is too soon?

"You don't mess with a classic."

Only after it has been at least seen do people decide if the classic in question has been "messed with." (The recent King Lear would be an example of many not liking a take on that tragedy.) Sometimes people love an interpretation, sometimes they don't. And that includes classics - again, Shakespeare is a good example - that have been heavily edited and/or conceptualized differently.

Why are musicals different? Why isn't this revival not given the same chance? Cuts and changes have long been par for the course for "revisals." The minute director Ivo van Hove was announced, it should not have been a surprise that a radical re-interpretation was coming our way. And new choreography? Crazy! But let's rewind to 2009, when the show opened last. I seem to recall vehement opinions that it was old and tired and needed to be revitalized... maybe a new take on the direction? Maybe update the book, choreography, etc.? (The same things are said about another classic, A Chorus Line.) Well, here we are. Just what the fan base asked for, and it seems many aren't happy about it. van Hove is looking to create a piece that emphasizes the desperation and race toward inevitable violent doom that these teens face. So, other productions emphasize the romance and the racism of the story. Just because "that's always how it has been done" doesn't mean that's the only way it can be done. Truly classic works like WSS have enough depth to carry multiple themes. Desperation and gang and gun violence sounds both pertinent to the show and today. Why not take that slant this time around? 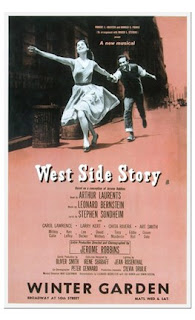 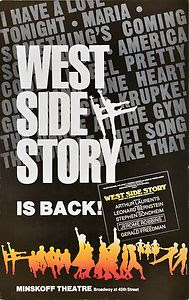 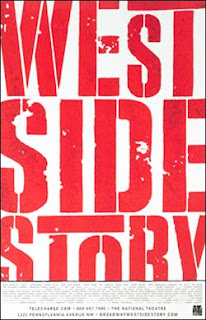 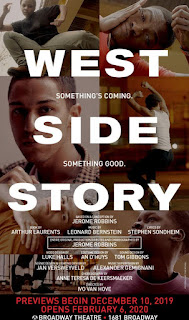 To make things even more urgent, this director has announced some controversial cuts to the score, including the suddenly very popular " I Feel Pretty." Before this was announced, I'd be willing to bet a large sum of money that if asked for a list of their five favorite songs from WSS, even the most ardent fan would not list "I Feel Pretty." Perhaps more problematic is the announced cut of the "Somewhere" ballet, which I'll admit is a personal favorite of mine. But that's not why it is problematic. Really, it is because it could potentially mean that the song "Somewhere" might be cut altogether. On the other hand, maybe the song will be a duet for Tony and Maria, as it is in the film version, where the ballet has also been cut. van Hove himself has created this possibility, since the film version of "America" will be used this time around. These cuts are reportedly to make the piece a single, intense act.

Will these things make a more vibrant West Side Story? Or will it turn out the naysayers are right and it will be ruined? Who knows? All I'm saying is that since no one except the company has seen, read or heard the changes, maybe laying off all the judgement until it is out there, finished and in the world would be the right thing to do.

There are, however, some things from this production that are out in the world already and worthy of discussion. I hope you'll hear me out when I go on about those things in two weeks.

In the meantime, feel free to comment on what I've said so far! Use the email and Twitter info above!
Jeff