Musical of the Month: Disney's Beauty and the Beast 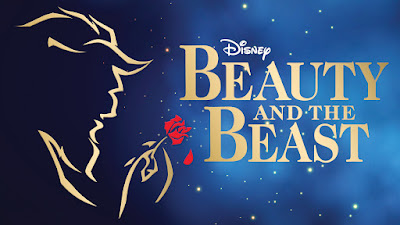 We are so glad you seem to like our new feature series, Musical of the Month! This month's featured show is Disney's Beauty and the Beast, a show that is (gulp!) over a quarter of a century old. Here is a property that never seems to far away from headlines, be it movie versions, local productions, national tours or revival rumors. Just yesterday, Disney + announced that season two of High School Musical: The Musical: The Series will be centered around the East High gang putting on the show. (For the record, we selected this title long before yesterday. I already know what December's MotM will be!)

Beauty and the Beast was the show that started a whole new era of Broadway musicals, and it established Disney as a major player in theatrical stage productions. It was a unique and wonderful experience - especially at the time - and it remains one of the highlights of my theater-going career. Of course, I loved the animated film, which got me in the door of the Palace Theatre, but it was the overwhelming spectacle and powerful performances that made me return several times. (If you only saw the watered down, though still nice version that moved to the Lunt-Fontanne, you have no idea what you missed.)

Musical of the Month:
Disney's Beauty and the Beast 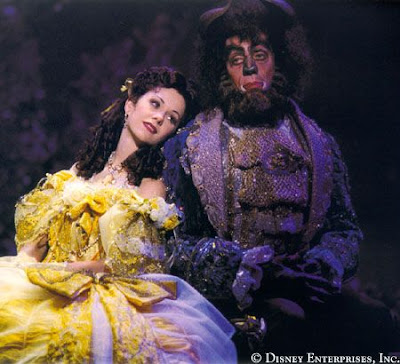 Disney, of course, put it's own magical spin on the classic fairy tale with an enchanted mansion, a magical flower that portents doom, and a staff who is morphing into inanimate household items. If their master, the hurt and angry Beast can find true love before the last petal on that flower falls, all of them will be restored to good health and be human again. Enter Belle, the beauty (but very much more than that), sacrifices her freedom to save her father from the Beast, and stays with him as a prisoner. She eventually sees through his rough exterior and ends up saving him from the handsome but very beastly Gaston. She and the Beast fall in love and all is as it once was. 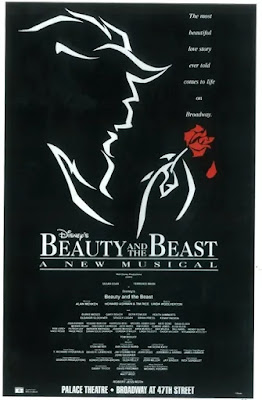 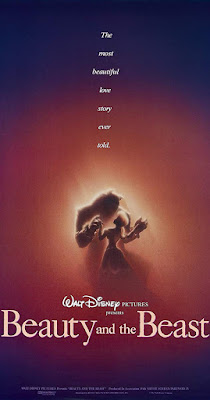 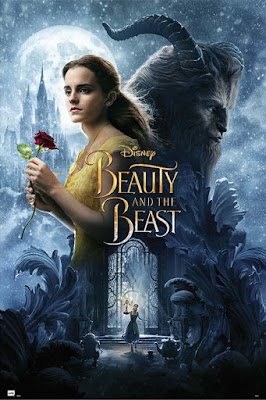 Labels: Beauty and the Beast, Disney, Musical of the Month