Musical of the Month: Disney's Beauty and the Beast: The Cast Recording

Today, we wind up this month's Musical of the Month series with a look at the wonderful Original Broadway Cast Recording for Disney's Beauty and the Beast.

Musical of the Month:
Disney's Beauty and the Beast
The Original Broadway Cast Recording 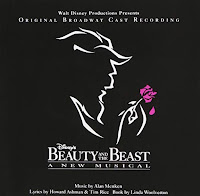 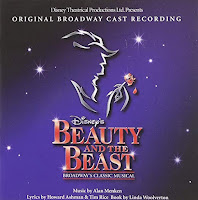 Which cover do you have?

I, like a lot of people, really love the movie soundtrack. It is Broadway through and through. My favorite songs from the film include "Belle," "Something There" and the best title song ever, gloriously rendered by Angela Lansbury. And they don't disappoint on the cast recording, either. I just love the way "Belle" just builds and builds to that final line and explosive tag. And I love the word play of "Something There," even better live before my very eyes! Of course, Beth Fowler is no Angela, but her take on "Beauty and the Beast" is sweet. 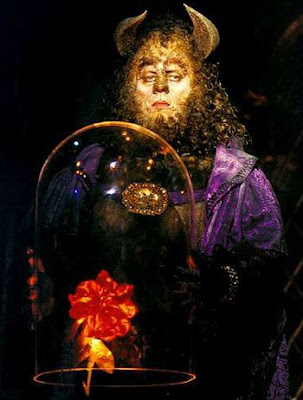 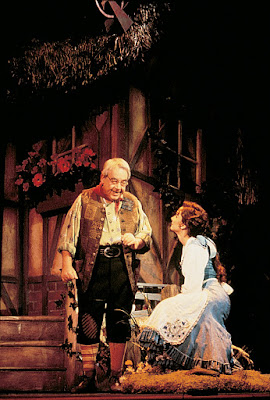 But the real treat (and frankly, a wonderful surprise) is the additions to the score for Broadway. I don't think I'll ever forget the first time I heard "Human Again." Happy tears rolled down my cheeks. Such a gorgeous, full company number - I can't understand how it originally ended up on the cutting room floor! Ditto the sweet duet between Belle (Susan Egan) and Maurice (Tom Bosley), "No Matter What." Terrence Mann's act one closer, "If I Can't Love Her" is also quite emotional, and a perfect way to musicalize the Beast. 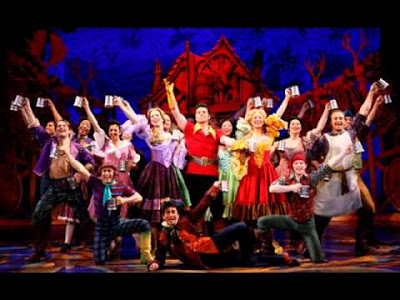 Although it is an annoying ear worm, I have to admit that the expanded dance break for "Gaston" may be my favorite 45 seconds of the whole thing. Every time I hear it, I want to grab some beer mugs and start clinking them together!

It was fun to re-visit this recording. I suspect I'll be playing it again sooner rather than later.

Coming next week: a NEW Musical of the Month!

Labels: Beauty and the Beast, cast recordings, Musical of the Month