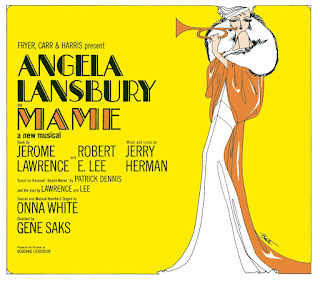 Given that it'll be quite awhile before we get any new Broadway Cast Recordings, I thought we might try something a little different today, and take a look back at a classic, Mame. Instead of a general review with some specifics, we'll go track by track and offer some thoughts on each.
In doing some background for this, I found out that the recording was first issued on June 3, 1966, a mere two days after my birth. And considering that 17 years later, the revival was my first Broadway show, I can't help but feel that Mame and I were meant for each other.
Track by Track:
Mame (1966) 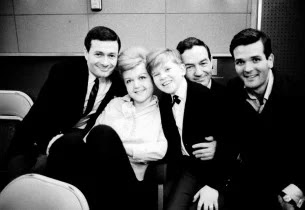 1. Overture *****
It is often said, "they just don't write 'em like this anymore!" In this case it is true. Easily one of my favorite overtures of all time, it perfectly generates an expectant thrill for what is to come. I particularly love the horns throughout, and the sweeping strings, too. And the way the banjo is so selectively used is, well, just sensational.
2. St. Bridget ****
I love how this number sets up a few things: the reason for the whole story happening, the characters of Gooch and Young Patrick, and the greatest set up for a joke! The quirky warble of a timid Jane Connell praying for warm and cozy aunt to take care of her charge is just pure gold. And then the curtain goes up... 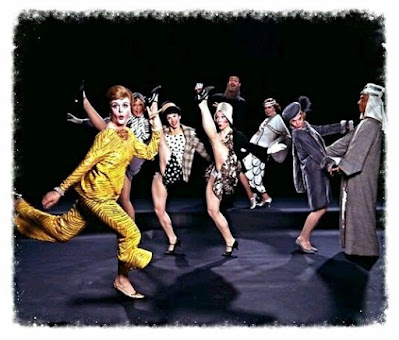 3. It's Today *****
...and we are in Mame's huge apartment filled to the brim with society's best and most bawdy. The only shame about the recording is you can't see Mame's spectacular bugle-blowing entrance. But Angela Lansbury's brilliant vocals here tell us everything we need to know. She's a great hostess. It is a really spectacular opening number buoyed by the entire company's superb group vocals. I also love the small female chorus' verse! 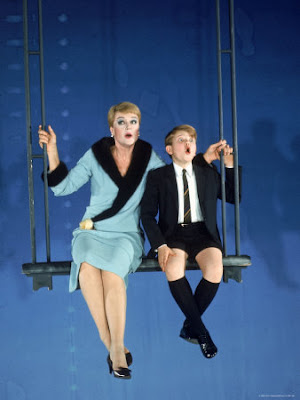 4. Open a New Window *****
Is there a better example of an "I Want" song/production number combination? Again, Ms. Lansbury delivers thrilling vocals, supported by the company. Her gusto and excitement are contagious. The number also delivers another excellent example of a rousing Jerry Herman march/anthem, with toe-tapping urgency and words to live by. 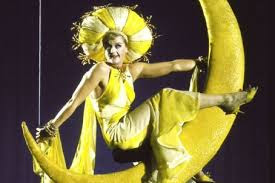 5. The Man in the Moon ***
Bea Arthur makes her recording entrance with this funny send-up of roaring 20's Broadway musicals, with a feminist twist. She, of course, is a gravelly delight, but this is one number that suffers from not being able to see what is happening on stage.
6. My Best Girl *****
Tony-winner Frankie Michaels shows off his charms here, not to mention a lovely duet with Ms. Lansbury. The affection Patrick and Mame feel for each other pours out of the speakers. I have to admit I am reduced to tears every time I hear this, as it reminds me of my relationship with my late Mame-like grandmother. She was my my best girl. 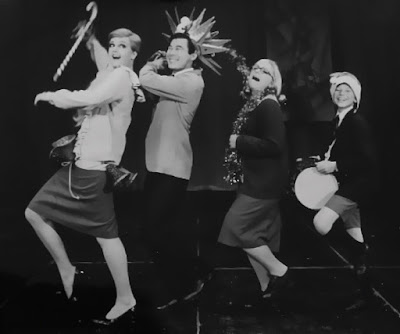 7. We Need a Little Christmas *****
Here's a classic Herman small group/big production number, one that comes up in regular society even now, each holiday season. These days the hope that this song exudes is a much needed tonic. 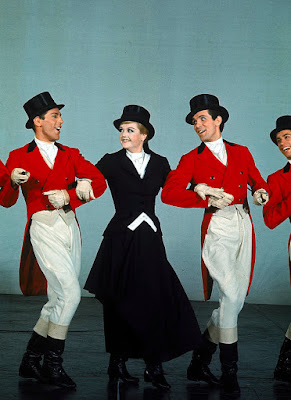 8. Mame ****
No one writes a title number like Jerry Herman. And this one shucks the husk right off of the corn. What is so terrific about this one is not only how expertly it builds and builds to its epic finale, but how it seems to revel in all of its "Southern-ness" all while skewering it's ridiculousness.
9. The Letter ****
The second act opens much like the first, with a small, but pointed number that sets up a passage of time, and a change of character in this case, from Young to Adult Patrick, in the form of the gorgeous baritone of Jerry Lanning. It is so clever and gets you right back into the show.
10. My Best Girl (reprise) ****
Lanning is heartbreaking here, as his Patrick consoles a mourning, devastated Mame, now a widow. 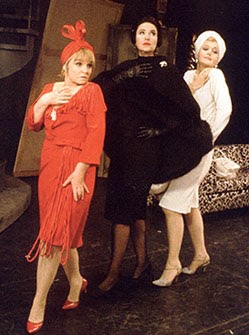 11. Bosom Buddies *****
The first time I was ever a part of a mid-show standing ovation, it was for this number. The recording in no way diminishes the impact of this delightful argument/testament-to-undying-friendship. No one has a way with a bitchy barb quite like Bea Arthur, and Angela Lansbury gives a good as she gets. Epic!
12. Gooch's Song ****
I dare you not to laugh at this song. It is just so much fun! And what a great aria for the supremely talented, often underrated Jane Connell. 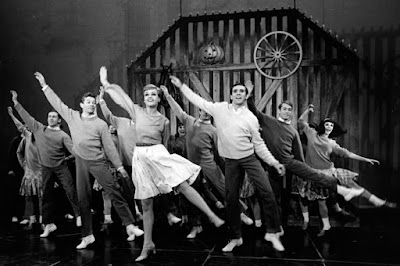 13. That's How Young I Feel ***
The act two production number is so frothy and bouncy (and so perfectly delivered by Ms. Lansbury and company) that you can almost forgive the feeling this really feels like some padding. It's a nice song, but of the five big numbers, this is the least effective.
14. If He Walked Into My Life ****
Every Golden Age musical needs an 11 o'clock number for its diva, and this one really delivers. Angela is absolutely glorious here.
15. Finale *****
Long before mega-mix finales were a thing, here was a great one. It is so wonderfully formed and sung, one imagines a thoroughly delighted audience on its feet and dancing out of the theater. A real pick-me-up, and great way to end the recording, too.
Average Rating: ****/*****
Do you like this kind of thing? Let us know! If you do, maybe suggest another album to do this format with.
#2405
Posted by JK at 1:46 PM