Musical of the Month: Grease

When September's Musical of the Month was born, it was in a small, experimental theater in Chicago. It had none of the songs in it that we enjoy today, and the script was decidedly less..."family friendly." In fact, it was quite raunchy, sexually charged and reveled in its shock value. It proved quite popular, extending its run several times. It drew the attention of New York producers, who agreed to put it up in a small off-Broadway theater. A lot of work was done - songs added, subtracted, the book nearly re-written. Still chock full of adult themes, at least now the show was more commercial. Now it was the show we now recognize as Grease.
Musical of the Month:
Grease:
The Show 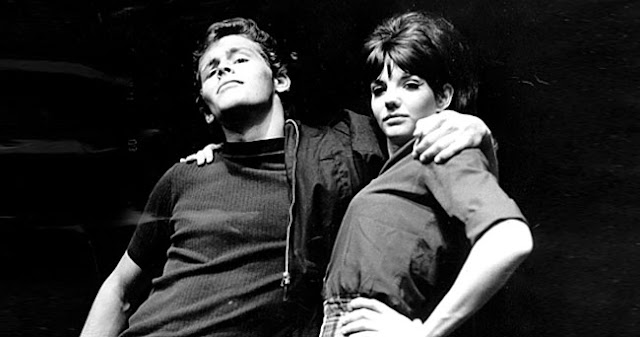 The Original:
Based on book writer Jim Jacobs' memories of his time in Chicago's William Taft High School, the original production opened at the Kingston Mines Theater Company (a nightclub), with a run that ended up being eight months long. The cast included Marilu Henner as Marty. This production was short and relied heavily on references only its Chicago fans would fully understand.

Off-Broadway:
Interesting fact: the show opened on Valentine's Day 1972 at the off-Broadway Eden Theatre, but under Broadway contracts. It was deemed eligible for the 1972 Tony Awards, earning 7 nominations, including Best Musical. 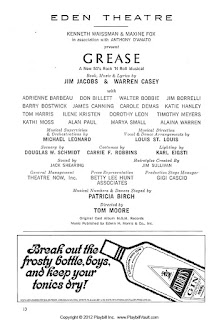 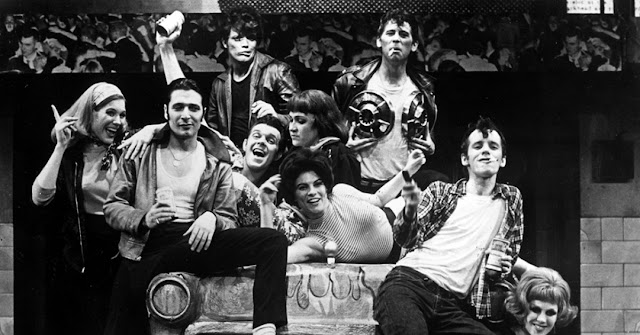 Broadway:
In June of 1972, the show moved to the Broadhurst. It subsequently played the Royale, and ended its run at the Majestic on April 13, 1980. With 20 previews and 3,388 performances, it closed as Broadway's longest-running show, a record it held until September 29, 1983, when A Chorus Line surpassed it.

The first revival of the show was an enormous success at the Eugene O'Neill beginning previews on April 23, 1994, opening on May 11, closing 1,505 performances later on January 25, 1998. Neon-colored and campy, the show boasted a cast of bonafide Broadway talent and a rotating who's who of American pop culture stunt cast to keep things fresh. The production was nominated for 3 Tony Awards, including Best Revival of a Musical. Of note: the show went on hiatus from February 23 - April 7, 1997. 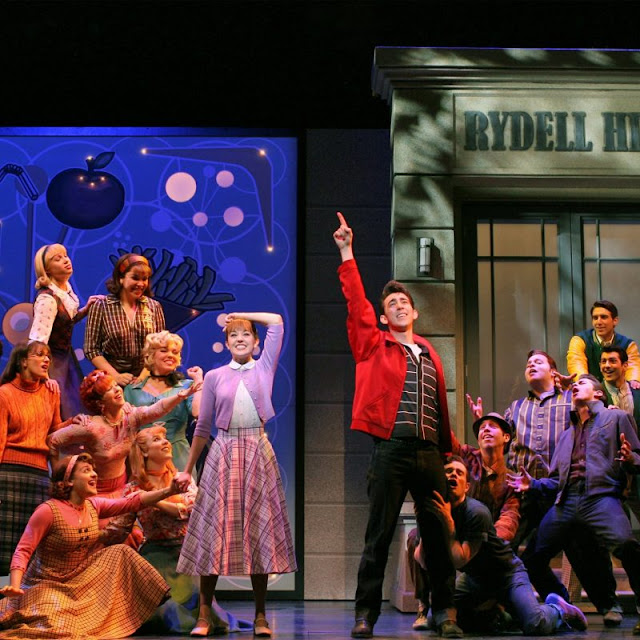 The most recent revival, in 2007, was a hit, but not like the previous two versions. What set this version apart from the others was that the lead roles of Danny and Sandy were cast via a reality competition show called, "You're the One That I Want." The roles went to Max Crumm and Laura Osnes, both of whom continue to be a regular presence on the stage in New York. This Tony-nominated revival played 31 previews and 554 performances between July 24, 2007 - January 4, 2009 at the Brooks Atkinson Theatre. This was the first New York production to include songs from the film version: "Hopelessly Devoted to You," "Sandy," and "You're the One That I Want." 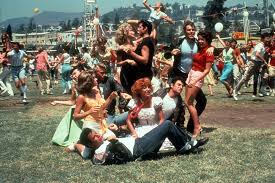 The Film:
What could I say about the movie that you don't already know? It was a huge hit in 1978, added to the star power of John Travolta, made Olivia Newton-John a movie star and brought the great Stockard Channing to the attention of the masses. 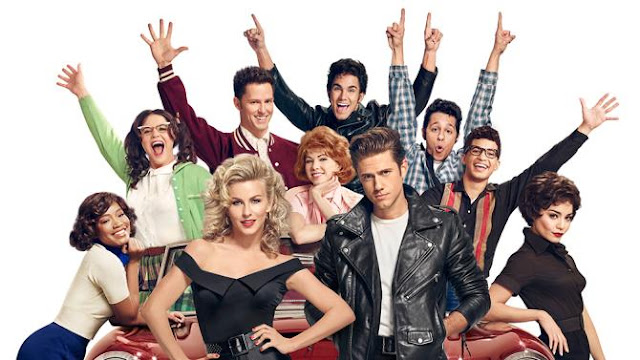 The Live Television Production:
An enormous undertaking - made complicated by rainstorms - the TV version proved quite popular. It blended the stage and film versions nearly seamlessly. Broadway's Aaron Tveit was Danny, Disney and Broadway star Vanessa Hudgens was Rizzo, and dancer-actress Julianne Hough was Sandy. Jessie J opened the show with a thrilling version of the title song. The production was nominated for 10 Prime Time Emmy Awards, winning 5.
I wouldn't be at all surprised to see a new revival on Broadway soon.
#2399
Posted by JK at 4:19 PM