Musical of the Month: Hairspray: The Cast 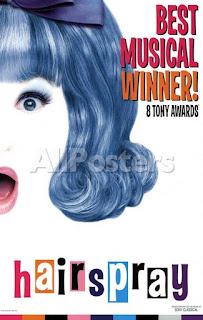 We started off this month's Musical of the Month, Hairspray with a look back at the origins and facts behind the original Broadway production. This week, we take a closer look at that cast and what they've been up to since their days in Baltimore, circa 1962.
Musical of the Month:
Hairspray: The Cast 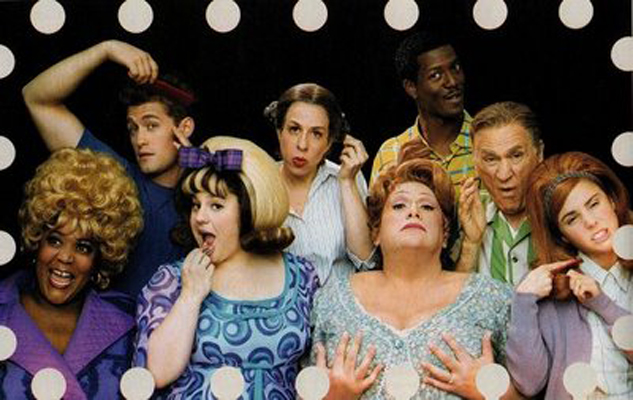 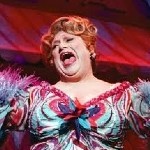 Edna Turnblad (Harvey Fierstein): Fierstein won the Tony Award for Best Actor in a Musical for this role as long-suffering woman of indeterminate girth. In the years since, he's been very busy, including re-writing his classic Torch Song, the play Casa Valentina, the books for A Catered Affair, Disney's Newsies, and Kinky Boots. He has also appeared in the 2010 revival of his La Cage aux Folles, A Catered Affair, and the 2004 revival of Fiddler on the Roof. 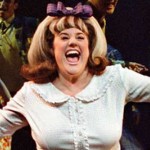 Tracy Turnblad (Marissa Jaret Winokur): Marissa won the Tony Award of Best Actress in a Musical for this role as the big-haired barrier breaker. She has yet to return to Broadway, but was seen in a cameo in TV's Hairspray LIVE!, as well as Celebrity Big Brother (she won!) and Dancing With the Stars. 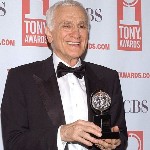 Wilbur Turnblad (Dick Latessa): Latessa won the Tony Award for Best Featured Actor in a Musical for his role as the lovable, very understanding father and joke shop owner. After Hairspray, he was in the revival of Promises, Promises, and the play, The Lyons. Mr. Latessa passed away in 2016. 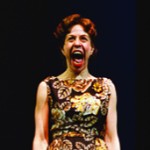 Prudy Pingleton (Jackie Hoffman): Ms. Hoffman received a Theatre World Award for her performance in Hairspray. After such an auspicious debut, she went on to create larger than life characters in Broadway's Xanadu, The Addams Family, On the Town and Charlie and the Chocolate Factory. 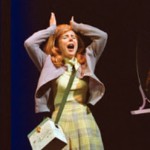 Penny Pingleton (Kerry Butler): After her Drama Desk nominated turn as the oppressed checkerboard chick, Ms. Butler has been a regular on the Great Bright Way. She played Audrey in the Broadway revival of Little Shop of Horrors, Xanadu (Best Actress Tony nomination), Rock of Ages, Catch Me If You Can (Drama Desk nomination), The Best Man, Disaster!, Mean Girls and most recently, Beetlejuice.
The STUBBS FAMILY 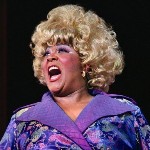 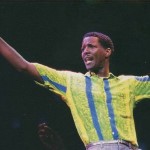 Motormouth Maybelle (Mary Bond Davis): Although she had an extensive career on Broadway, Ms. Davis has not been back since Hairspray.
Seaweed J. Stubbs (Corey Reynolds): Mr. Reynolds was honored with both a Tony Award nomination and a Drama Desk nomination for his role in Hairspray, but has not been back since.
Little Inez (Danelle Eugenia Wilson): Miss Wilson has not returned to the Broadway stage since Hairspray.
The VON TUSSLES 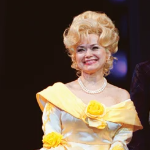 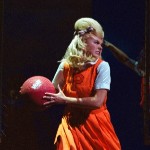 Velma Von Tussle (Linda Hart): Since appearing as Miss Baltimore Crabs, Ms. Hart was in Catch Me If You Can.
Amber Von Tussle (Laura Bell Bundy): The original mean girl in Hairspray went on to play Elle Woods in Legally Blonde: The Musical, earning a Tony Award nod for her efforts. Since then, she's done TV and has a career as a country singer.
The NICEST KIDS IN TOWN 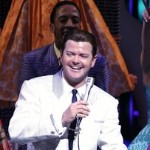 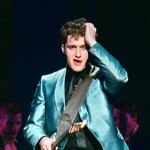 Corny Collins (Clarke Thorell): Baltimore's favorite dance show host went on to Broadway revivals of Annie, The Front Page and My Fair Lady after leaving Hairspray.
Link Larkin (Matthew Morrison): Mr. Morrison made a name for himself as Hairspray's heart throb, and came to national attention in the hit TV series, Glee. Broadway has never been far from his mind, though; he's since graced the stage in The Light in the Piazza (Tony Award nomination and Drama Desk nomination), A Naked Girl on the Appian Way, South Pacific and Finding Neverland.
The Nicest Kids in Town included some of today's Broadway favorites: Shoshana Bean (Shelly), Jenn Gambatese (Brenda) and Joshua Bergasse (swing). 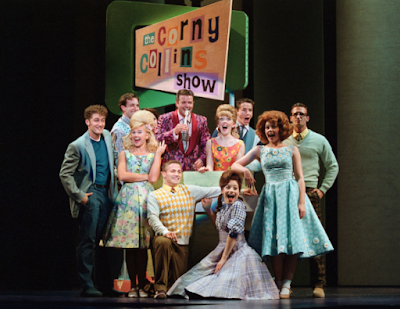