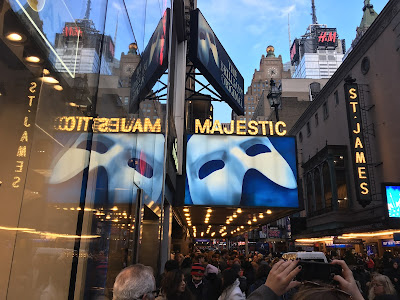 Last week's true/false game question about Broadway theaters named after composers (see below) is the impetus for this week's game. How well do you know the names of the 41 Broadway houses?
Broadway Games:
Theatre Names
These questions/descriptions refer to the current names of theaters on Broadway. All 41 are not represented. Good luck!
1. Name 3 theaters named for actors.
2. This "new" theater is named after a theater that was once on the same spot.
3. Two theaters are named for theater critics. They are?
4. How many theaters are named for playwrights and who are they?
5. Name any two theaters named for producers.
BONUS: A Broadway theater is specifically named after a London theater. Which one is it?
*****     *****     *****     *****     *****
ANSWERS TO LAST WEEK'S GAME
1. TRUE or FALSE: Jason Robert Brown's first Broadway credit was as a rehearsal pianist.
TRUE: Jason's first Broadway credit was as the rehearsal pianist for Kiss of the Spider Woman.
2.  TRUE or FALSE: The Gershwin song "Someone to Watch Over Me" appears in more than 2 book musicals.
TRUE: The song appeared in 3 book musicals: Crazy For You, Oh, Kay!, and  Nice Work If You Can Get It.
3. TRUE or FALSE: Both Andrew Lloyd Webber and Stephen Sondheim have shows that include a song called "Beautiful."
TRUE: "Beautiful" is a song in Webber's Love Never Dies, and in Sondheim's Sunday In The Park With George.
4. TRUE or FALSE: There is only one Broadway theater currently named for a composer.
FALSE: There are 3: The Stephen Sondheim, the Gershwin, and the Richard Rodgers.
5. TRUE or FALSE: Carole King is the only person who has both been in a Broadway show and has been the subject of a Broadway show.
FALSE: Carole King is one of several, actually. She appeared in Blood Brothers, and Beautiful is about her. Others include Peter Allen appeared in three shows, most famously in Legs Diamond; he was the subject of The Boy From Oz, Gypsy Rose Lee appeared in several Broadway productions, and even wrote a Broadway play. Of course, she is the subject of Gypsy. (Her sister June also did several shows in the Broadway stage. Another is George M. Cohan, who wrote and starred in several Broadway shows, and is the subject of George M!
#2431
Posted by JK at 7:00 AM