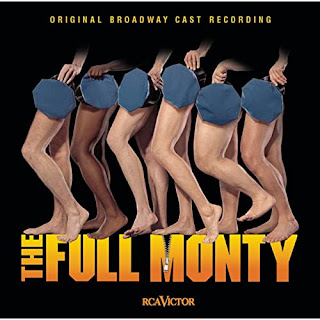 There is a distinct thrill for a musical theater fan when a new, exciting composer arrives. Such was the thrill of hearing the joyous and often thoughtful score of David Yazbek's debut Broadway score for The Full Monty. You could feel the electricity in the Eugene O'Neill Theatre from the overture to the raise-the-roof finale. The original Broadway cast recording preserves those musical moments perfectly.
Track By Track:
The Full Monty  OBCR 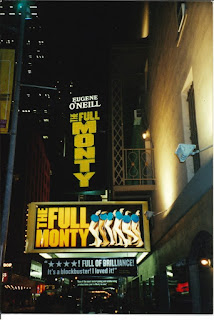 Track 1: Overture ****
This bouncy bop really grabs you. The energy gets you to the edge of your seat with expectation. The fun part of it is that it is completely unrelated to the rest of the score! Love it when something seems like it's playing by the rules, then doesn't at all!
Track 2: Scrap *****
The first full number (there is the opening strip tease, not included on the recording) really sets the scene and the mindset of the main characters. The tune is catchy, and the lyrics are both witty and brutally honest. The underlying seriousness of the song is what holds my attention to this song. The play on the word "scrap" is just so smart.
Track 3: It's a Woman's World ****
Talk about energy! What is so terrific about this song is that it pairs so nicely with the next track, giving the female side of the battle of the sexes the first shot. Sly, but full of heart, it's nice to hear about empowerment. Turns out the joke is on the men.

Track 4: Man ****
Like I said, the joke is on the men! Was there ever a more loving destruction of the male ego and sense of superiority? That it is written by a man makes it all the more delicious. And that riff from that most manly of movies, The Magnificent Seven? Priceless! 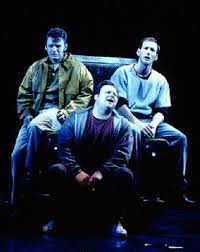 Track 5: Big-Ass Rock *****
This is Broadway's very first glance of Yazbek's now-signature goof-ball, extreme humor in certain songs. The way he builds up a moment then twists what you expect is coming with a pointed joke is genius. But what makes this one extra special is that it reveals so much about the inherent goodness of the main character and his buddies. We are now firmly on their side no matter what comes their way. Even on the recording the chemistry between Patrick Wilson, John Ellison Conley and Jason Danieley is palpable.
Track 6: Life With Harold ****
The great thing about this catchy song (aside from Emily Skinner's wonderfully blistering delivery) is how it seems like a tribute to American excess and privilege, it is, at its heart, a love song from a wife to her husband. I always want to dance when this one comes on.
Track 7: Big Black Man *****
Only Andre De Shields could deliver such a tribute to the myths surrounding the "manhood" of Black men. It is a riot.
Track 8: You Rule My World ****
This duet reveals so much about the internal struggle of two men who love their wives but never really know to express their feelings. What is great about this song is its universality - it could just as easily been sung by same-sex couples. Love is universal, after all.
Track 9: Michael Jordan's Ball *****
The Act One closer is a doozy of a dance number - too bad you can't see Jerry Mitchell's athletic choreography! Still, it says a lot about the quality of Yazbek's music and lyrics that you can get such a sense of what's going on here.

Track 10: Jeanette's Showbiz Number ****
Yazbek again kinda turns Broadway convention on its ear, while still staying within "the rules." The title says it all, and still tells you nothing. Aided by the brilliant delivery of the late, great Kathleen Freeman, the song is a nostalgic tribute to every accompanist that ever lived.
Track 11: Breeze Off the River *****
Okay, so there's no river in Buffalo, but the sentiment is as true as anything when it comes to the unconditional love a good (if struggling) father feels for his son. I always wished I had this with my father. Here, Yazbek proves that men can have and express such deep feelings without being funny about it. 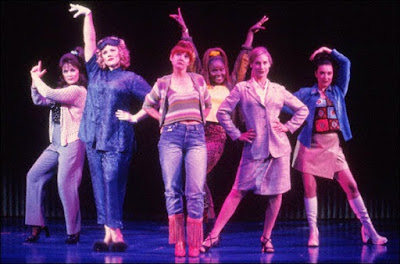 Track 12: The Goods ****
What I love about this song is the "both sides" approach between the men and the women. Truth bombs fly while male ego goes unchecked. So funny!
Track 13: You Walk With Me *****
Here's a song that reveals Yazbek's range. After such a bombastic romp, he hits us with a moving ballad set at a funeral. A song about gay love that doesn't hit us over the head with it.

Track 14: You Rule My World ***
Finally, a reprise that not only serves to bring a plot point full circle, but that expands upon the emotional content of the story.
Track 15: Let It Go *****
It's the bare-it-all finale! Sure it's fun to see, and the titular pay off was great in the theater (Patrick Wilson!), but it says a lot about the track when it is just as entertaining on its own. Much like the opening number, "Scrap," it's lyrics go way beyond the literal. Refreshing. 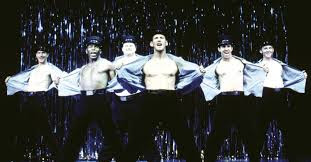