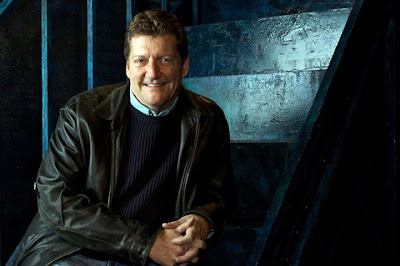 Chances are pretty good that if you've been to a Broadway show over the past three decades, you've had the privilege of seeing the work of Howell Binkley. You may not have even known you did. And that's not a slight, no, actually it's a compliment. The work of a lighting designer is generally at its best when you aren't conscious of it, and when it is really excellent, it makes you feel the moments of a show more deeply. Such was the work of Mr. Binkley, who lost his battle with lung cancer in August.
His legacy remains in our collective memories and production photos, beginning with his debut in 1993 with Kiss of the Spider Woman, and over the course of 52 Broadway productions. Among the shows he lit are Best Musical winners, Kiss of the Spider Woman, Avenue Q, Memphis, Jersey Boys and Hamilton. Along the way, he was nominated for 9 Tony Awards, winning for Jersey Boys and Hamilton. He also won Olivier Awards for Kiss of the Spider Woman and Hamilton on the West End. 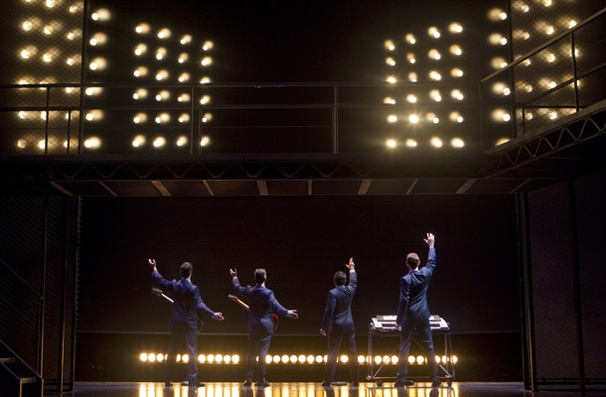 Perhaps the greatest honor and memorial for his lasting influence on theatrical design comes from a lighting design company, Roscoe, who renamed one of their gobos (a light filter that creates light patterns on the floor and walls of a set) for him - The Binkley Reflections. What a lovely tribute. 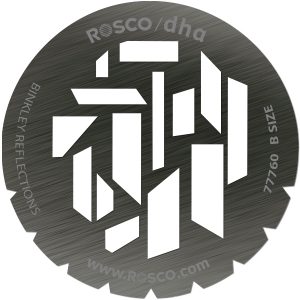 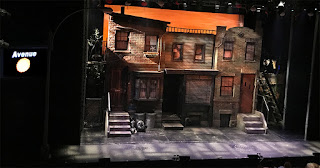 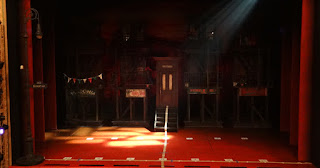 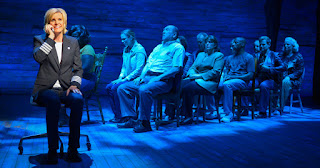 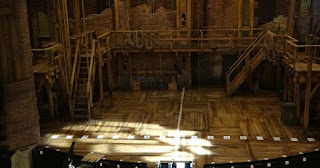 The Binkley Reflection as seen in (clockwise)
Avenue Q, A Bronx Tale, Hamilton and Come From Away
While he now lives in our grateful memories, we can still enjoy his work as seen in the current productions Ain't Too Proud, Come From Away and Hamilton.
Rest in peace, Mr. Binkley.
#2420
Posted by JK at 12:32 PM

Labels: Come From Away, Hamilton, Howell Binkley, Kiss of the Spider Woman, Obituary