One That Got Away: Parade 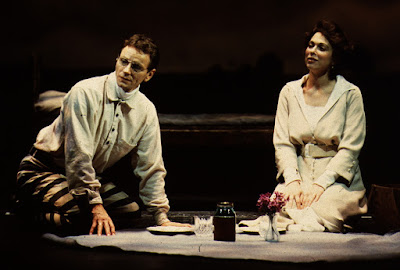 With the recent passing of Brent Carver, I've been thinking a great deal about how fortunate I was to have seen his Tony-winning turn in Kiss of the Spider Woman three times. So natural, so intense, so heart-breaking. I've also been thinking of another of his acclaimed performances - as Leo Frank in Parade. Like many theater fans, this was One That Got Away from me.
It wasn't that the 1998-1999 Broadway season was a crowded one. It was that the show had an unfortunately short run. And so I had to settle with imagining the performance while listening to the wonderful original Broadway cast recording. What I wouldn't have given to see the cast belting "The Old Red Hills of Home" and "Where Will You Stand When the Flood Comes?" Or to have seen Mr. Carver and Carolee Carmello singing "All the Wasted Time" live before me. The score of the show is full of so many of such moments; the regret at missing out ran deep. 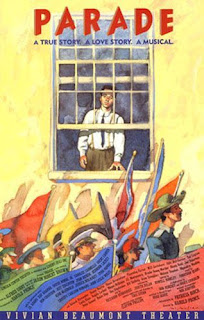 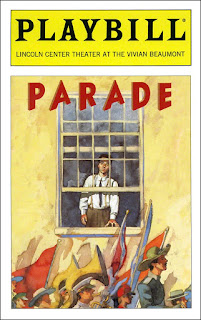 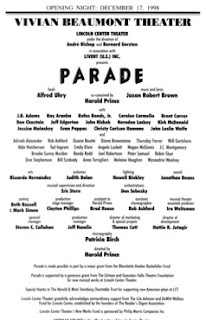 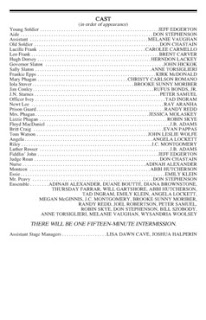 Fortunately, I did finally get a chance to see the show, in a wonderful regional production at Ford's Theater in Washington, D.C. starring Euan Morton. I'm so glad I saw it; it is a cherished memory. Still, I regret missing the original, and I look forward to an eventual Broadway revival.

The original production played at the Vivian Beaumont at Lincoln Center, playing 39 previews and 85 performances before closing. It was nominated for 9 Tony awards, including Best Musical and Best Direction (Harold Prince). It won Best Book (Alfred Uhry) and Best Score (Jason Robert Brown).
#2425
Posted by JK at 11:32 AM

Labels: Brent Carver, Carolee Carmello, One That Got Away, Parade