LAST 5 DAYS!  VOTE NOW FOR THE FINALS OF "HOT/HOTTER"!
WHO WILL BE BROADWAY'S MOST UNIQUELY "HOT" GUY?
NEWSIES' KYLE COFFMAN OR GODSPELL'S HUNTER PARRISH?
CLICK THE ICON TO YOUR LEFT AND VOTE TODAY!

In other blogs at the start of this season, I've talked about how a recent trend - religious themed shows - has all but petered out, while several other trends - adorable urchins, high school musicals - have cropped up.  (I consider 3 or more shows with similar themes or traits to be a trend.)  Today, I'm looking a trend that has been building over the past couple of seasons - the biographical show - both plays (today) and musicals (later this week).  SEE UPDATE BELOW. 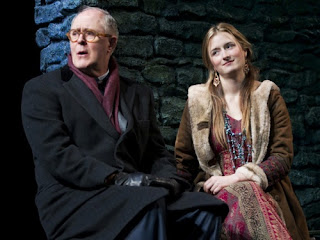 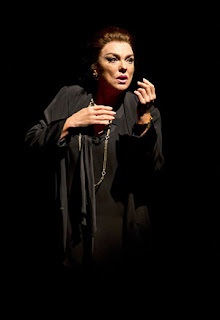 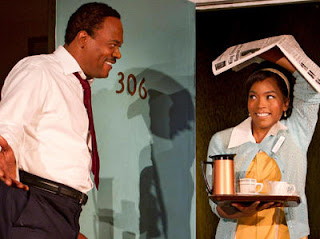 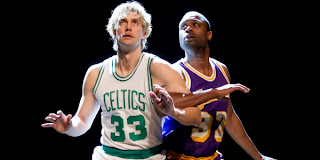 WHO IN HISTORY: This trend is a pretty much a constant.  History shows that plays about real people are continually produced. But recently, that has really been ramped up.  Two seasons ago, Vince Lombardi was brought to life in Lombardi.  This season that just ended had 5 plays about real people open, and one continues.  Last theatrical year, there were plays about Joseph Alsop, a famed reporter, in The Columnist, famed opera singer Maria Callas in the revival of Master Class, The Mountaintop, a fictionalized account of events the night before he was assassinated were the story of Martin Luther King, Jr., and Magic/Bird detailed events in the sporting life of "Magic" Johnson and Larry Bird. 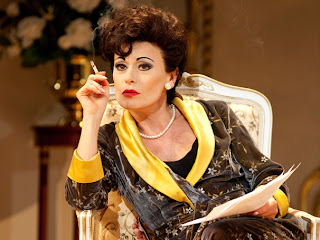 WHO IN HISTORY: She was a star among stars, and decades after her death, her films, concerts and other appearances continue to be a part of popular culture. The Wizard of Oz alone keeps Judy Garland in our lives pretty much every day (ask the fans of Wicked), and certainly yearly when it is shown on television. Generations have marveled at her astonishing career and mourned her death.  Her untimely demise and the downfall leading up to it are the subject of End of the Rainbow which continues its Broadway run with Tony-nominated star, Tracie Bennett, as Garland.  The show continues through January 6, 2013. August 19, 2013, with a National Tour to follow, 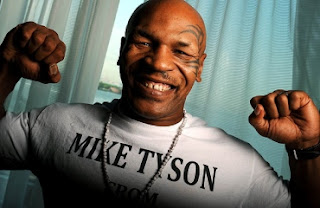 WHO IN HISTORY: This production, which begins previews tomorrow, is REALLY about a real-life person.  An autobiographical one man show, Undisputed Truth is performed by its subject, Mike Tyson.  One could even say his is part of a trend-within-a-trend - sports-themed plays (Lombardi and Magic/Bird).  Just how much poetic license he takes in telling his story remains to be seen.

3.335
Comments? Questions? @jkstheatrescene (Twitter); jkstheatrescene@yahoo.com (Email); or leave a comment below and check a box!
Posted by JK at 5:12 PM