Theatrical Pet Peeve I: Use the right words!

Call me a theatre snob (I spell it with an "re" instead of an "er", after all) but there are a few things that really bug me when it comes to play going. Well, OK, more than a few... a lot... So, occasionally, I thought I'd blog about them, and, hopefully hear what you have to say about mine or add a few of your own...


I thought I'd start by talking about one that tees me off, and not just IN a theatre, but around anything that has to do with a theatre: 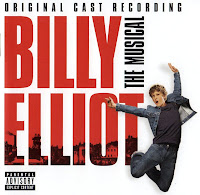 A. That CD you bought from the souvenir stand at Shrek: The Musical is called a CAST RECORDING, not a SOUNDTRACK! Movies, like the Shrek animated series of films have soundtracks. Back in the old days, there was literally a sound track running along side the film track on a reel of film, hence the term. And aside from the occasional pre-recorded bits that pop up in live stage musicals (see a later blog about THAT pet peeve), the music and singing at a Broadway show is performed live by the cast of the show. They do not pop in the CD and lip-sync to it. Thus, when a cast and an orchestra hit the studios to preserve the score that they normally sing live, it is called a cast recording. Granted, it doesn't help that the people selling the stuff in theatres also use the term "soundtrack," or that the annoying tape label that seals the CD shut (but the adhesive stays on the case forever) 9 times out of 10 also says "soundtrack" on it. I dunno, maybe it's me, but I think it is disrespectful to the art form.

B. That souvenir booth in the theatre lobby is called a MERCHANDISE BOOTH (or SHOP, if you are huge like Wicked). People in the "biz" refer to it affectionately as "MERCH." It is not JUNK, SHOW STUFF or really even SOUVENIRS. Technically, it is MEMORABILIA, as it is designed to evoke memories of an event, aka the show. It is, as Kate Monster would say, "a fine fine line." Be safe... call that Billy Elliot program, key chain and fitted T "merch," and you are talking like a pro! 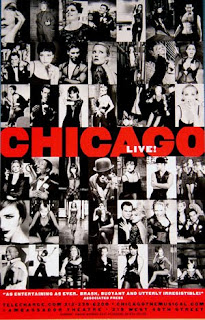 C. That 14"x22" picture that contains a show logo, the name of theatre, occasionally a critic's quote, and cast information is called a WINDOW CARD or a SHOW CARD not a POSTER. Granted, even Triton Gallery, the mother ship of show cards (another equally acceptable term) refers to them as posters, but always as "theatre posters." Plus, they DO actually sell some posters, like the poster for the film version of Chicago. 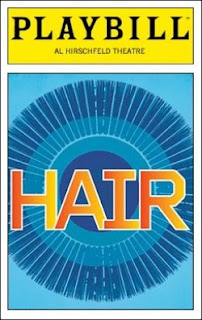 D. The small magazine that the usher gives you before you are seated is called a PLAYBILL, regardless of whether or not it is titled Playbill. At Mary Poppins, for example, they give you a playbill called Showbill; at Studio 54, they give out playbills that are called Stagebill. These are not BOOKS (as in "Can I have an extra of those books?") or PROGRAMS. Programs are those much bigger, more elaborate things you by at a MERCH BOOTH.

So... a quick quiz. Which of the following statements is COMPLETELY true?

By the way... the above things do annoy me when they come out of the mouths of true theatre fans, or worse theatre professionals. But I'd rather here a kid who just saw her first Broadway show beg her mom for the soundtrack to The Little Mermaid than have her never see another show. Granted, mom better buy her the Broadway Cast Recording, not the Motion Picture Soundtrack!