A few days ago, I blogged about understudies and replacements in next to normal. As with Kyle Dean Massey replacing Aaron Tveit for a spell in that show (and understudying in Wicked, too), I always go into a show with high hopes for the replacement actor or actress. I haven't been disappointed too often, always able to find validity in "different" performances. Occasionally, but rarely, I find the replacement to be better than the original; conversely, just as rarely do I find the replacement a complete failure. 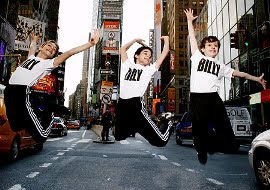 With its rotating Billys, I've managed to see two of the three original Tony winning Billy Elliots, Trent Kowalik and Kiril Kulish. While I enjoyed both young men very much and am awed by their talent, I still found that I liked the BE of Mr. Kowalik more. To be completely honest, I can't express exactly why that is. But I can say I found him to be charming, endearing, and in many ways more effortless, as if he were Billy Elliot, not playing Billy Elliot. I guess I just explained it, hmmm....
I loved the Glinda of Megan Hilty and the Elphaba of Eden Espinosa. There were things about both of them that I preferred to the roles' originators (blasphemy in some circles, I know), but I know what I like, and they were great together. 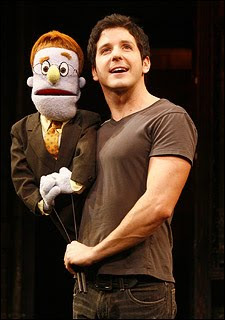 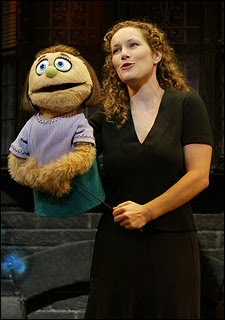 Of all the Princeton/Rods I saw in Avenue Q, I think I liked Howie Michael Smith the best - again I can't put my finger on it exactly, I just know I liked him the best. And kudos to his understudy, Jonathan Root, who was equally up to the task. Then there is the last P/R, Robert McClure, who I also saw on tour in the show, and he is wayyyy better these last days on Broadway than he was on the road. Of all the Kate Monsters I've seen (again I'll be blasphemous Stephanie fans) I loved Kelli Sawyer the best. And Ann Harada, an original AND replacement, IS Christmas Eve, and I will think of her every December 24th. 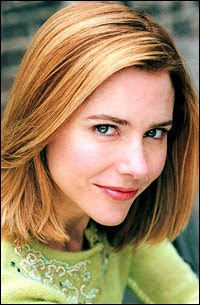 As I've mentioned in previous entries, I am looking forward to seeing the replacement Sherrie in Rock of Ages, Kerry Butler, especially as it reunites her with her once co-star from Xanadu, James Carpinello, who, it seems, has finally caught that elusive break he so deserves. I also am looking forward to catching the Riff of John Arthur Greene, who replaces the only weak link in the revival of West Side Story, in my opinion, Cody Green. Then there is the Mecca of replacement worship, Chicago, which changes leads more often than most people change their socks. I'd love to catch the fierce Dierdre Goodwin's Velma and Tom Hewitt's Billy Flynn. 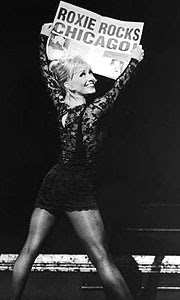 To bring this full circle, one of those rare occasions where the replacement outshines the original: Sandy Duncan's Roxie was superior in every way imaginable to the Roxie of Ann Reinking. And if you knew what an Ann Reinking fan I was, you'd know how hard that is for me to admit. But Sandy was really THAT good.

Any good replacement stories? Add your comments below!

(Photos from various Broadway show sites and common Google searches.)
Posted by JK at 12:01 AM