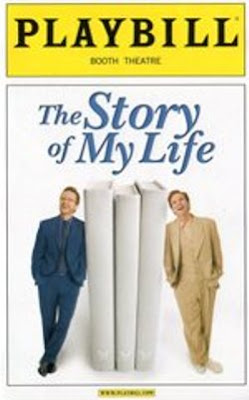 Until I did some recent and MUCH needed spring cleaning, I didn't realize just how much theatre memorabilia I have collected over the years that I've been going to live theatre, particularly Broadway shows. Of course, now I wish I had taken better care of some of the older stuff I have - I could kill myself for poking a thumbtack through my original cast Cats Playbill, which as a teenager I put on my wall with every other trinket I thought was important. Turns out that thing actually WAS important.


The good news is I got wise quickly and got my collection of playbills into Playbill binders. The even better news is that now they have even nicer binders with archival quality envelopes to store them in along with three-ring binding to keep the edge of the Playbill safe. At about $33.00 each (plus shipping and handling) at the Playbill Store on Playbill Online, they are pretty pricey, but for serious collectors like I am, they are worth every penny for keeping the most prized ones. I keep the rest in the much more economical original binders that are about $15.00 each on the same site. (If you are ever in NYC, the Broadway gift shop by the Marquis stage door has the expensive ones for $36.00, BUT that is cheaper than online after you add the shipping and handling.)


I would say that my Playbill collection, my cast recording collection and my window card collection are my top, most important to me, and they are my biggest collections at 341 Broadway + 152 National Tour magazines, 333 CD, Vinyl and Cassette recordings, and 255 window cards. My insurance agent LOVES me...

My most prized Playbill... An original cast The Mystery of Edwin Drood. The cast is full of then stars - George Rose, Betty Buckley and Cleo Laine, rising stars - Howard McGillin (aka the longest running Phantom of all time) and Patti Cohenour, and soon-to-be-stars - Donna Murphy, Judy Kuhn, and Rob Marshall. Plus, the show is fabulous! 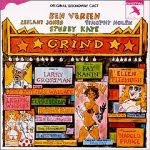 My most prized Cast Recording... The Original Broadway Cast recording of Grind, a pretty big flop in a year of flops (1984-1985). Is it my favorite score? No. But I love it. And I have it on vinyl and CD. "This Must Be the Place" is one of the all time great opening numbers.

My most prized window card... I love so many, but I'd have to say the one I got for the play M. Butterfly, which I got for a steal at a gift shop that no longer exists - it was where the Juniors front door is now. As a collector I know rare when I see it. There it was, in the "damaged - all posters $5.00" bin (yes, I'm that old...). It was an out of print card that said "Tony Winner - Best Play!" with a perfectly undamaged hologram butterfly, "lifting off" leaving a shiny grey butterfly shaped mark. I think the store people thought the hologram was off, but this the way it is supposed to be. I even asked, nervously, "Are you sure this is only $5.00?" It was, and I ran out of the store, purchase in hand, scared they'd change their mind. Well I ran a short block away to Triton Gallery, back when it was across the street from the Martin Beck, or as it is now called the Al Hirschfeld, or for those of you know theatres only by what is playing there now, where Hair is. I had them appraise it and frame it on the spot. It was worth a lot more than $5.00 - they even offered to buy it from me. An now, 21 years later, it is worth even more. But I love the play and the story behind the window card more than any monetary value.


Do you have any favorite Playbills, Cast Recordings or window cards? Please add a comment below!


Soon, I'll write about my other theatre "junk," including a special box of matches and some real gambling paraphernalia!

(Images (T to B): The Story of My Life Playbill; the Original Broadway Cast Recording of Grind, and the "I Am Not a Homowhatever!" Avenue Q window card)
Posted by JK at 12:01 AM