It is FRIDAY! And it is a nice long weekend! Here are a few random thoughts on theatre related news from the recent past. 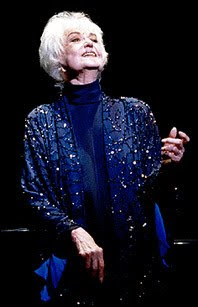 Of course, we were all crushed to learn of Bea Arthur's death from cancer over the summer. What a great lady, actress, and virtual friend. I mean, who didn't think they knew her between Maude and The Golden Girls? Theatre fans will never forget her as the original Vera Charles in Mame or as the original Yente in Fiddler on the Roof. Her smokey, gruff warble was perfect for both roles, and thank God both cast recordings saved a bit of her incredible delivery in spoken dialogue.

One of my fondest memories of Ms. Arthur was when she appeared on the Tony Awards during the 80's when Angela Lansbury was hosting and they sang "Bosom Buddies" from Mame. The audience lapped it up! Brilliance in 2 evening gowns, I tell you. By all accounts, these two entertainment giants were very good friends, and so it seems only fitting that Ms. Lansbury will be hosting/narrating a star-studded tribute to the late comedienne.


Details of this event can be found by clicking here: http://www.playbill.com/news/article/132419-Angela_Lansbury_to_Host_Memorial_for_Bea_Arth

And here is a wonderful article about Ms. Arthur's legacy: http://www.playbill.com/playblog/?feed=rss2&tag=bea-arthur

While it is sad to say goodbye to one show (9 to 5: The Musical), it is great to look to the future. Ok, this season, at least. The first new musical of the 2009 - 2010 season is Memphis, a rare thing, indeed, as it is a completely original musical, based only on a time period, not on any book, movie or TV show. Starring Chad Kimball (Into the Woods, Lennon) and Montego Glover, this show takes us back to the time when radio stations didn't play "colored music" and the fight for equality on the airwaves. With a disclaimer on its ticket page that says, "(The show includes a depiction of violence against one of the lead characters," we can guess that it won't be a jolly frolic like Hairspray.)

It is always exciting to see a new marquee go up - the anticipation and wonder at how it will all turn out come opening night is a thrill. And now Memphis shares Shubert Alley with last season's completely original hit, next to normal. Here's hoping the newbie finds that kind of success! 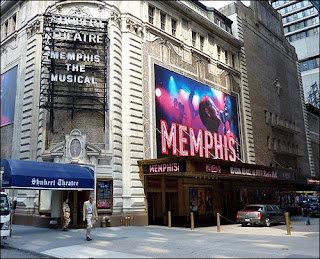 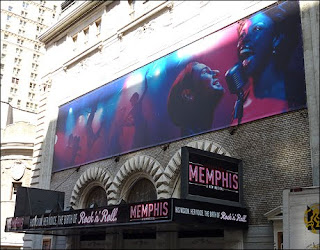 
Why Burn the Floor Burns Me Up

First, a disclaimer: I have never seen Burn the Floor, and I have nothing against ballroom dancing - I am a huge Dancing with the Stars fan.

But I take pause at the fact that now, because the Tony committee decided to do away with the Special Theatrical Event category, Burn the Floor, will be lumped in with "appropriate categories that exist." This means it could be counted for Best Musical (though I doubt it will), but it could very likely be nominated for Outstanding Choreography. Nothing against the choreographer of the piece or the dancing, which I am sure is spectacular. I just think that it should be considered that the choreography was not created for a Broadway musical, but rather a specific genre of dance for a revue type show. And before you blast me... Fosse was a revue of a stage choreographer's work, and Swing! was designed expressly as a musical revue - the dance equivalent of Ain't Misbehavin' or Black and Blue. Tony Committee: Please reinstate that category!

Until Next Time, Kyle Dean Massey!

This weekend marks the end of Kyle Dean Massey's run as Gabriel in next to normal. This charmingly adorable guy took over for Aaron Tveit, who returns from a summer starring in Catch Me If You Can. I have had the pleasure of seeing both actors in the role, and I can say that Mr. Massey is a worthy successor. What he lacks in power, he sure makes up in nuance and clarity. He has created a character more closely hewn to the words he is singing and saying. In short, he really acts the role. I loved his performance, and I look forward to his return to the Broadway stage ASAP!

(Photo by Joan Marcus from Broadway.com)

Welcome to the World, Walker Diggs! 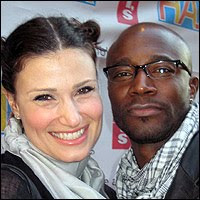