One That Got Away... and Came Back!

Have you noticed that even the biggest flop shows are getting major attention post-closing? The Story of My Life has since since produced a cast recording and a children's book based on the song "The Butterfly." (I bet that song is in MANY an audition book!) Glory Days has also produced a cast recording and has generated not one but TWO major events... concert/reunion/CD signing parties in NY and where it started, the Signature Theatre in Virginia. Two parties for a show that ran one night! Not bad...

Now comes a media blitz usually only reserved for the most "artsy" of musicals (any production of Passion, a Rodgers and Hammerstein event, or a British concert). But this time it is for a flop Broadway musical by an unknown writer: A Tale of Two Cities by Jill Santorello, who either leads a charmed life, has untold wealth or friends in high places. No matter how it happened, it did. 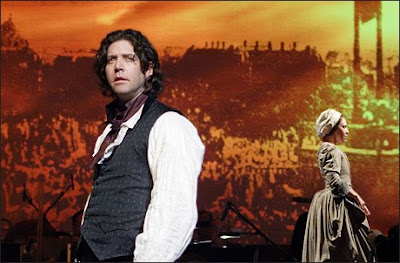 This was one of those shows I really wanted to see, but couldn't get to NYC fast enough. And it all has to do with the title. The novel, by Charles Dickens, is one of my all time favorites, and I pretty much enjoy any version of it, including several miniseries. Still, the music I had heard from it wasn't all that impressive, the cast was mildly interesting, though I have to admit James Barbour is one of those people I just don't see the appeal of (but that is another blog altogether), and it, from all appearances looked like a Les Miz retread. I am really weary of those. All of that said, it was still on my list of "need to sees." (And cutie Simon Thomas makes this concert a "must see"!) 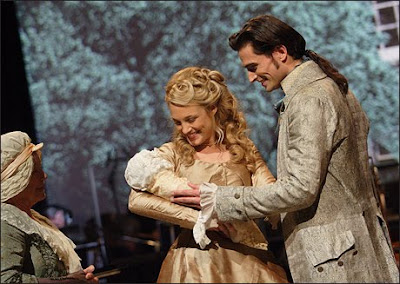 Well, here we are, several months later, and an all-star, American/British cast has been assembled for a grand concert version to be shown multiple times on PBS, a Cast Recording is coming out and a DVD, too, of this concert. I haven't seen this much attention paid to a new show since Chess. But that's another one that got away and keeps coming back! 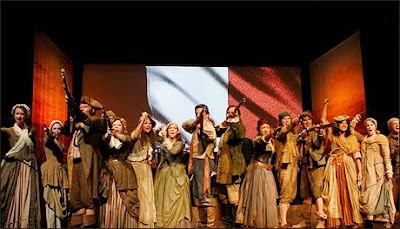 What do you think? Send me a comment! Jeff