The Boys of Broadway: Mr. November

If you've seen the new musical Memphis, you won't be surprised that I have chosen its lead, Chad Kimball as Mr. November. Sure, he's cute - that killer, genuine smile and those lively, kind eyes certainly turn heads, mine included. And, oh is he talented - as Huey Calhoun, Kimball virtually disappears; gone is the soft-spoken, but excited nice guy at the stage door, in his place a tough as nails pioneer, as passionate about his music as he is his forbidden love. Well, the reviews are in on Memphis - some mixed, but nearly all in praise of a "new young Broadway star," who has actually been flirting with Broadway success for years. Perhaps this is where fictional Calhoun and real-life Kimball collide. They share a passion for the art they bring to people daily. And, so, I have chosen the "newest star" with the most interesting resume as Mr. November. And I think we can all be thankful for his presence this season (and, hopefully, beyond). 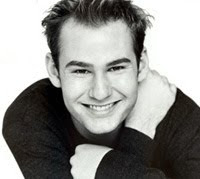 Part of the uber-talented 2000 revival cast of Godspell that toured the country, Kimball was joined by several now-famous Broadway stars, including Barrett Foa and Leslie Kritzer. 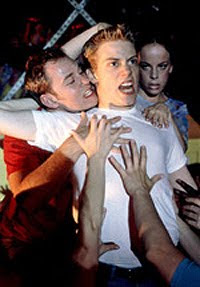 But it was as Milky-White, the beleaguered cow in the 2002 revival of Into the Woods, that Mr. Kimball gained national attention, including being named the "it" cow by Entertainment Weekly. 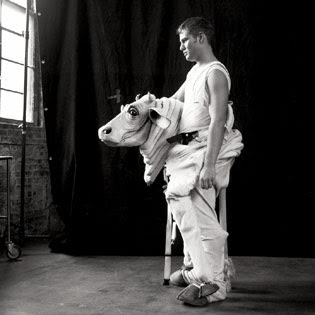 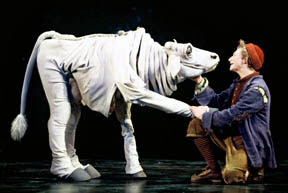 In between stints in several high profile regional productions, including My Life with Albertine and Baby, Chad returned to Broadway twice, and both times in notorious flops: 2005's Beach Boys musical, Good Vibrations, which he left less than a week after opening to join his next show, 2005's Lennon, where he was one of several actors playing aspects of John Lennon. Say what you want about both shows, at least he didn't give up, and still returns to the New York stage! 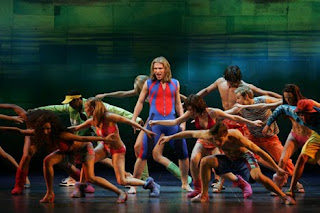 Good Vibrations: (If you look closely above, Sebastian Arcelus is center and Chad is in the center of the group to the right, orange pants!) 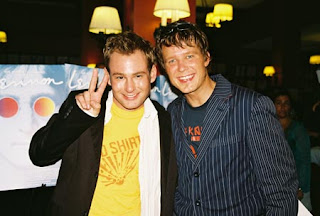 Lennon: Opening night with co-star Will Chase. Chad sure has worked with some amazing people.
All of those ups and downs, though, have made him more than ready to take the lead. And at last, the talented Mr. Kimball has done just that!
Pre-Broadway Memphis. 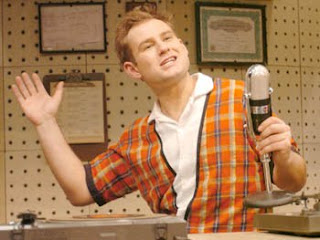 At a Memphis press event with co-star, Montego Glover. 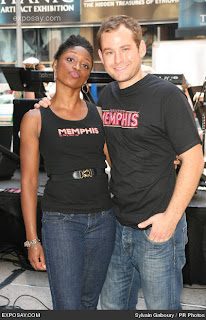 Heating up the stage 8 shows a week at the Shubert Theatre, again with Ms. Glover. 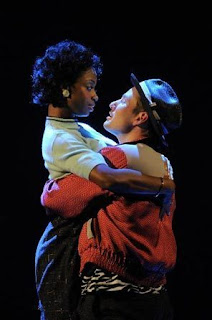 Now, with the success of Memphis, it looks like Mr. November can relax and enjoy many months on Broadway. Trust me. You won't be disappointed with Chad Kimball. Go see Memphis! 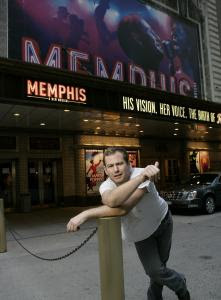