Thank you to the 4 of you who voted in my first poll. I guess 4 isn’t bad for a blog that is a little more than 2 months old, so I’m happy!

The results are a tie. You felt that the 60’s and the 80’s were the two decades that contained the openings of the best musicals, ever. To say the sixties makes sense, as that era is often referred to as the Golden Age of Broadway. Hundreds of new musicals opened in that decade and among them are some of out most beloved shows. Since then, and each year it gets smaller, fewer and fewer new musicals open, and there are a handful of revivals each year, too. The 80’s certainly make sense, as the mega-musicals took New York, the country and the world by storm. In fact, the three longest running shows in Broadway history, Les Miserables, Cats and The Phantom of the Opera all opened in the 1980s.

That fact got me to thinking. Does a long run on Broadway make a musical among the very best in Broadway history? It certainly makes the show a success, but the best? I think the answer is yes and no. There must be something about a show that keeps it open for years. Even keeping in mind that “best” or “beloved” is a very subjective. Phantom would not even make my top 20, but several shows that ran less than 600 performances (a year and a half, approximately) would make it. I think most people would say, for example, that West Side Story is among the greatest musicals ever written. Its original run was 557 performances. (The same could be said for most any Sondheim show – the longest running of which, Forum, ran less than 1,000) Then, too, there is the time factor. Does there need to be some distance between opening and present day to call some show “classic” or “best”?

One need only look at the list of the longest running musicals of all time to see that all of the above factor in, including a few real head-scratchers – The Magic Show, by Wicked’s Stephen Schwartz (you have to be a real fan of musicals and/or Mr. Schwartz to have even heard of it) ran 1,920 times in the 70’s, and Oh! Calcutta! Is on the list TWICE – the revival is the 5th longest running, the original, 49th. Combined, they ran a whopping 7,273 performances. Lots of people saw it, but would anyone call it a “best”? I doubt it. 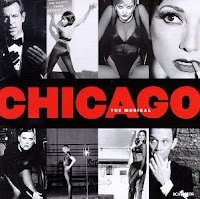 I think the show that best exemplifies that all of the above factors and more are what make a musical great for the ages is the current revival of Chicago. Underrated when it opened, audiences are finally embracing it for the gem that it is, and in a stripped down, no frills version to boot! The revival is currently the 7th longest running show, with no signs of stopping. In 10 weeks (plus 2 performances), that show will surpass Beauty and the Beast to become number 6. And in 459 weeks, it will surpass Phantom. That is if Phantom closed today. But the truly classic never die, do they?