The Movie in My Mind

Movie versions of stage productions have certainly been in the news a lot lately! 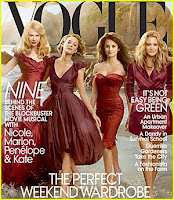 Coming soon to a theatre near you: Nine. Rob Marshall’s latest musical film has a starry cast, an improbable lead in Daniel Day-Lewis (why not Antonio Banderas??!!) and a slowwww trickle of PR. What there is, though, sure is juicy… great clips on Entertainment Tonight, a Vogue cover and photo shoot video featuring the work of Annie Leibovitz and stars Nicole Kidman, Kate Hudson, Marion Cotillard and Penelope Cruz, who look so chummy! But still, if you aren’t looking for it, would you know Nine was coming out soon? Marshall’s last musical effort, the stunning Chicago, was all over the place by this time before it opened… and I dare say nothing in Nine is as universally catchy as “All That Jazz.” We’ll see.

In serious trouble: Footloose. With a lead change from uber-star Zac Efron to star of a failing TV show (Gossip Girl) Chace Crawford, a co-star famous for a show she isn’t even on this season, Julianne Hough of Dancing with the Stars, the remake/film of the stage version of Footloose was getting less “hot” by the minute. Now they have lost their director, Kenny “This Is It/High School Musical” Ortega. Not looking good… 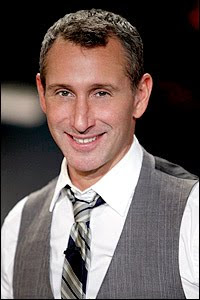 In better shape, and on the fast track: Rock of Ages. This property moved up in the world by announcing director/choreographer of the fantastic Hairspray, Adam Shankman. He plans to fill the cast with “major stars.” Hmm…I guess that leaves Kerry and James offscreen.

Big musicals to the big screen: Looks like Les Miserables and Miss Saigon are both back in the movie pipeline, with Cameron Macintosh working with different teams for each film. I remember the announcement in the back of my Les Miz souvenir program that both Kim and Eponine would be coming soon to a theatre near us. That was, like, 1990… 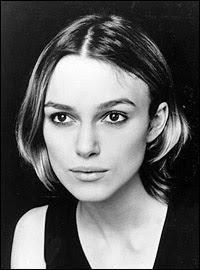 Dangerous undertaking (if you ask me): A remake of the beloved film version of the beloved stage musical My Fair Lady. This one just screams, “WHY????” Keira Knightley and “A Steady Rain’s” Daniel Craig are said to be attached.

How many of these will you stand in line for at the cineplex?