THERE’S A PARADE IN TOWN

When T.R. Knight announced he was leaving Grey’s Anatomy, I’ll admit I was disappointed. I liked his character and I loved seeing this talented young actor each week. But equally disappointing, though very revealing about many TV fans, was the fan reaction to his departure – things like, “Now he can go back to being a nobody!” “Now he’ll see what it’s like when you can’t get work.” “Nobody knew him before, and now he’s a has-been.”

Well, theatre fans know that Mr. Knight was certainly someone before Grey’s Anatomy made him a nationally known figure. If you caught the last revival of Noises Off, you know exactly what I’m talking about. He threatened to steal the scene more than once, which is remarkable considering who was also in that cast: Peter Gallagher, Tony-winners Patti LuPone, Katie Finneran, and Faith Prince to name just a few.

I don’t think I am alone in being happy for the guy now that he has opened to rave reviews in the LA mounting of Parade, directed and choreographed by Rob Ashford and co-starring some Broadway heavy hitters like Michael Berresse, Christian Hoff and Charlotte d’Amboise. You go, T.R.! And much continued success. Come back to Broadway! 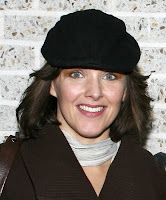 The annual Broadway Rockers concert has been announced. Rockers on Broadway: Celebrating the 60’s will be held November 2. Headlining the show this year are Tony winners John Lloyd Young (Jersey Boys) and my gal, Alice Ripley (next to normal). Joining them will be Diana DeGarmo, J. Robert Spencer, Will Chase, Rockers on Broadway founder Donnie Kehr, and the we-are-everywhere cast of Hair. (Do they EVER take a night off?)

This year’s concert will benefit BC/EFA, the Broadway Dreams Foundation and the Bendheim Performing Arts Center. Go to RockersonBroadway.com for information. 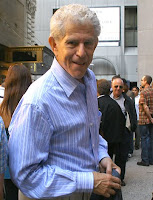 Sad to hear Tony Roberts fell ill last week during a performance of his latest The Royal Family, which opens tonight at MTC. Let’s pray that he gets well soon and returns to the stage.
I have had the good fortune to meet Mr. Roberts, who is a complete gentleman. And I’ve been even more fortunate to see several of his performances, including Arsenic and Old Lace, Jerome Robbins’ Broadway, Victor/Victoria and Xanadu. Talk about range…

The recent announcement that sperm donor, I mean father of Sarah Palin’s grandson, Levi Johnston will be baring his 19 year old all in the pages of Playgirl made me laugh, squirm and feel ultimately disgusted. Talk about spin: they call his recent vigorous exercise regime an example of his “determination”. I call it “vanity.”

Then I got to thinking about how Broadway celebrates the human form with class, style, wit and all for charity. Broadway Bares is great fun, very sexy and a real money maker for very worthy causes. AND the nudity is playful, subtle and leaves much appropriately to the imagination. Here’s to baring it all for a better reason than to show off!

(Parade photo by Craig Schwartz)
Posted by JK at 12:01 PM