With the recent departure of so much of Broadway's original cast of Billy Elliot, I got to thinking about how nice it would have been to have an Original Broadway Cast Recording of the Tony-winning show. Alas, that is not to be, so here are my thoughts on the Original Cast Recording (notice that the Decca release says neither London nor Broadway). 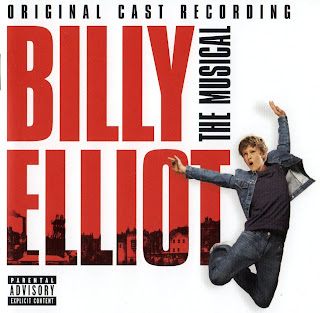 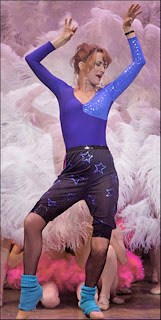 The Company: Haydn Gwynne is the lone London transfer to Broadway, and we are all thankful for it. Her smoky voice does the world-weary character and the songs she sings justice, and even in just being able to hear her, one can feel her energy and style, just as it is on stage. From just the recording one can tell the Tony should have been hers. The rest of the cast is equally excellent, with Billy (Liam Mower) and Michael (Brad Kavanaugh) bringing full Billy/Michael energy to each number they are in. This tells me that the producers, at least for now, are keeping a very close, good eye on casting, so that this show won't go the same route as other long-runners where the performances become clones and cardboard cut outs.

The Book and Score: Aside from a quibble I have with the very ending (and I mean literally the last minutes before the glorious curtain call - a show in itself) the book is very tight, nothing extra. It is also in line with such greats as The Sound of Music, Cabaret and Fiddler on the Roof in terms of creating the universal from the specific, taking history and making contemporary meaning, balancing the serious with the light-hearted, and finally, crafting a stage piece that fluctuates easily between gritty realism and exciting symbolism. Again, all of the creators of this show must be given credit: Hall's witty scenes still contain an undercurrent of urgency, sadness and depression, just as his lyrics and John's score make the somber stirring and the catchy meaningful. Lengthy sequences build, ebb and floe, and could easily be taken as separate movements in a full symphony of a piece that this show is.

The Recording: With Elton John being the only new contributor to this incarnation of the Billy Elliot story (all the others are repeating their duties from the original film), the score is likely to be held up to the most scrutiny beyond whether or not the property works as a stage piece. Both the re-imagined script and the score completely work as a completely separate form of this British tale of a young boy who finds an unlikely talent for ballet while the world around him collapses. Martin Koch's musical supervision and orchestrations are superb, the quality excellent throughout. The orchestrations, in particular, are wonderful, adding to the melodies, creating mood and making the music soar right off the disc and into your imagination.

The score is remarkably complete as compared to what is actually seen on the stage, with only dance breaks being trimmed at any great length. Great lengths have been taken to tell this story completely with the show's signature "sequences" in tact - music and dialogue are fully mixed together to create what are practically mini-musicals. Not that the stand alone numbers, like "Grandma's Song" and Michael's celebratory anthem, "Expressing Yourself," are given short shrift. Every number is fully produced and realized. "Expressing Yourself" even includes the sounds of Billy and Michael tapping.

Standout Songs: The entire score is excellent. That said, the sequences "Shine" and "Solidarity" are exemplary, and the numbers "Expressing Yourself" and "Electricity" are, well, electrifying. "The Stars Look Down," "The Letter," and "Once We Were Kings" give the CD and the show much emotional weight.

Grade: A (an A+ had this been the Broadway Company)