When the Icon Logo Isn't Enough

Yesterday, I blogged about the icon logo - little images that are easily recognizable and associated with their respective shows worldwide. All four of the shows I used yesterday maintained (and in one case, still maintain) the original idea of the icon logo.

While The Phantom of the Opera remains largely unchanged (at least until recently), Les Miserables was the first to really tweak theirs, but in a clever way - the same logo, little waif Cosette (not Eponine as so many STILL argue) had context added to them depending on where the ad was placed. For example, when it opened in Washington, DC, Cosette was in front of the Capitol Dome; in San Francisco, she was riding a cable car. You get it... But my favorite is the Les Miz School Edition logo: 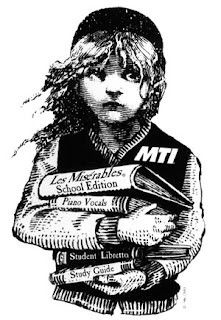 Cats almost immediately added pictures of the cats to, I guess, prove that people really were playing the felines of the title, and to give a clue as to how it would look. Personally, I think the Cats logo alone was the most clever - people in the cats' eyes says it all, and so cat-like: quiet and graceful. 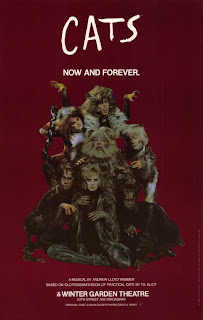 Miss Saigon proved the hardest sell in the States, especially on tour, where people are still reeling from the effects of the Vietnam conflict in very personal ways. Maybe that's why the show, the best of the four in my mind, had a respectable if comparatively short run. Here, the producers tried to emphasize the romance, not the violence and anti-American sentiment of the piece. 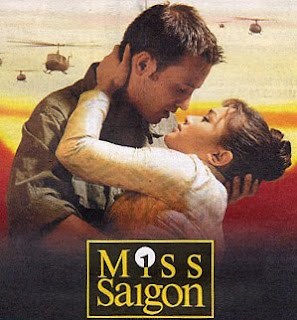 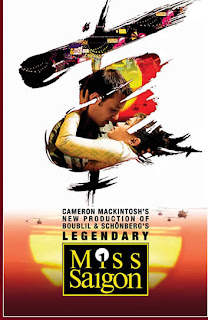 What do you think of the changes? Comment below!
Jeff
Posted by JK at 8:58 PM