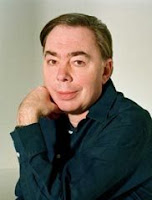 Say what you want about Sir Andrew Lloyd Webber’s (above) shows, talents, etc., but now is a time to keep someone who has changed the face and history of musical theatre in our collective thoughts and prayers. Last week, following a triumphant launch of his newest musical, Love Never Dies, came the troubling news that he has been diagnosed with prostate cancer. All the reports I’ve read indicate it was caught early, and his treatment has begun. Let’s all hope that he does, as the press releases state, return to work by the end of the year.

TURN OFF THE BAD NEWS

Well, tomorrow is the day tickets for Spider-Man: Turn Off the Dark are supposed to go on sale to the general public. I will not be surprised if that happens, as the producers continue to stress that the show will go on. But recently, they conceded that the show would be delayed, but would still open this season, sighting the inability to secure a rehearsal schedule from director Julie Taymor. Maybe I was wrong about Disney coming to the rescue. But even in this economy (God, I am tired of saying that!) you’d think potential investors would flock to the property itself – Spider-Man is huge worldwide – or to the names Julie Taymor, Bono, The Edge or even the U2 connection. Everyone involved is at the top of their game, and yet the money isn’t coming in, which leads one to speculate that maybe the show itself isn’t coming across very well. We shall see…

West Side Story fans will soon have reason to return to the show to see Broadway’s newest Tony. Matt Cavenaugh (above) fans have only until December 13 to see their man romance the sweet Maria. I have been a long time fan of Mr. Cavenaugh since that HOT Urban Cowboy campaign, and having seen him in Grey Gardens, A Catered Affair and West Side Story. A fan of his wife, Jenny Powers, I LOVED her in Happiness last season and enjoy her work on the Little Women OBCR. Maybe the two of them will find a great new work in which to co-star! Good luck and thanks, Matt.

THE STRANGER THE BETTER

I am one who loves irony, plot twists and unexpected jolts of pleasure, pain and anxiety in my play going. And so it is only natural that I find myself drawn to the works of Martin McDonaugh (above). I loved The Pillowman (creepy), The Cripple of Inishmaan (funny and thought-provoking) and The Lieutenant of Inishmore (hilarious, bloody and vicariously thrilling). Now comes news of his first American-set play, the alarmingly titled A Behanding in Spokane, which includes a man in search of his titular hand. The title alone suggests the off-beat twisting of conventional storytelling that is a hallmark of Mr. McDonaugh. Add this one to my list!

A NEW MIRACLE IS COMING TO BROADWAY

A critically-acclaimed actress who made her Tony-nominated Broadway debut in a McDonaugh play, Allison Pill, will play Annie Sullivan to the Helen Keller of Academy Award-nominee Abigail Breslin in the forthcoming Broadway revival of The Miracle Worker. The casting sounds charming, and I am thrilled that Little Miss Sunshine is spreading her already amazing talented wings on the stage. I had heard that Dakota Fanning was being considered for the role in a revival a few years ago that didn’t pan out, and as much as I think she is talented, she is just a little too precocious for my tastes, whereas Miss Breslin fairly screams naturalness. Let’s hope this one makes it – deliciously cast Hillary Swank-led revival never made it past an out of town tryout. 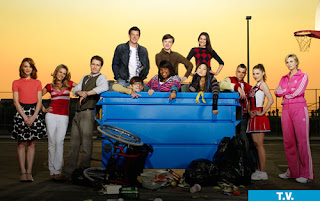 GROFF + MICHELE = MORE GLEE THAN I CAN STAND!

I just LOVE the show Glee! It is so well cast (see above), and the caliber of guest stars they seem to attract speaks volumes for the quality of the work and the tone onset. This past week, it was announced that Jonathan Groff, Melchior to Glee star Lea Michele’s Wendla in the OBC of Spring Awakening, would be joining the show in a several episode arc as the lead singer of a rival glee club. Considering the chemistry (and heat) the two gave off onstage, Glee should really take off when they share the screen.

And more Glee-ful news: Kristin Chenoweth IS reprising her role from earlier this season on the show!

Tom Kitt and Brian Yorkey, along with Aaron Tveit and Louis Hobson debuted a new song inspired by their show, next to normal. This is the song promised by the writers to fans who followed the groundbreaking “Twitter-cast” of the show. Fans submitted suggestions for a song that might fill in a gap in the story, picking a duet between Gabe and Dr. Madden. They debuted the song at a next to normal talkback event at 92Y. I hope it eventually gets on YouTube! Did any of you see it? Hear it? Share!!!