Like just about every theatre buff I know, I, too, am addicted to Glee. I was so happy that a new episode came on tonight!
(THERE ARE SPOILERS AHEAD, SO IF YOU MISSED THE NOVEMBER 11 EPISODE, "WHEELS," YOU MAY WANT TO STOP HERE.)
Like most shows of quality, Glee and its writers manage to entertain us while engaging our minds and accessing our hearts. Tonight's episode, not without its share of controversy from the handicapped sector, was all about acceptance of difference, amongst other things. Be it accepting a Downs Syndrome child into an elite cheerleading squad, or learning that by living a day in someone else's shoes, we can better understand the barriers others live with on a daily basis. Or perhaps, it is realizing that accepting one's child unconditionally comes with its own share of extra problems, and realizing that parental acceptance has its own set of problems, too. 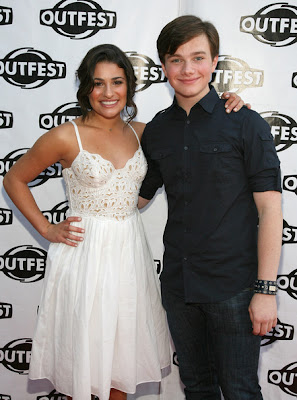 Regardless of how you personally feel about any of that - and I'm pretty sure I've only scratched the surface of what tonight's show was really about - Glee did what Glee does best, ultimately: it puts life's lessons in the context of the songs they perform. Well, I'm pretty sure you have heard that in the spirit of true diversity acceptance, Kurt (Chris Colfer) was allowed to audition for the lead vocal on "Defying Gravity," from Wicked, in a "diva-off" against Rachel (Lea Michele). No matter how that turned out, a serious point was made. Songs written for women or men can still have meaning for the opposite sex. I think that song choice was perfect for the show (everyone in the country has at least heard of Wicked, if not that song) and for the point it was making (that it is ok, important, in fact to challenge convention and become a better person for it). 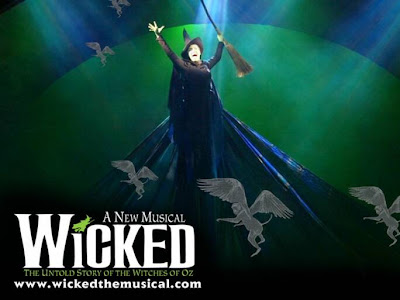 Now, understand, I am all for non-traditional casting where it makes sense to the history of the piece, and/or where the message of the piece isn't hurt by changing the casting requirements as set by the playwright. Does an all-white The Wiz even make sense? Or does it matter? I'd say the latter. I've even seen a version of the show that was wonderfully cast with a mix of races, go figure. But would Hairspray even make sense if Tracey Turnbladt was African-American? No. But in a cabaret act, I'd love to see what Audra McDonald could do with "I Can Hear the Bells!"
In the case of Wicked, I firmly believe that the songs that progress the themes of the piece - primarily "Defying Gravity" and "For Good" - are universal enough, that out of context it doesn't matter who sings them. But staging and story-wise, I think most people might take issue with male Elphabas and Glindas. My boyfriend sang "For Good" to me on our anniversary, and I bawled like a baby. The meaning and our private context maybe even added to the song. But I'm not sure I want to see Adam Pascal and Anthony Rapp dueling each other in "What is This Feeling?" in the actual show! And what about those charity cabaret shows they do where Broadway stars of one sex sing songs traditionally sung by the opposite sex? Broadway Backwards has been doing that for some time now!
Finally, back to Glee. I wonder if it was done just to make it easier to understand for the audience at large why Kurt lost the "diva-off." I mean they rearrange every song for group dynamics, anyway. Didn't anyone think that they could have rearranged the song in a lower key?

What do you think? Send your comments!
Jeff
Posted by JK at 10:06 PM