By the time Sunday is over, a full dozen (or baker's dozen potentially) Broadway shows will have closed since the ball dropped in Times Square signalling the start of 2011.  Last week it was 8 shows, this week it is 4 (5, sorta), and there are still more to come before February starts.  Here's a look at the shows closing this week on Broadway - a complete stranger to me, a regrettable missed opportunity, and two dear friends (plus a little love/hate). 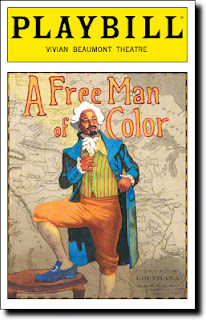 A Free Man of Color
Opened: November 18, 2010
Previews: 29     Performances: 61
My Review Grade: I didn't see this show.
Closing Thoughts: Man, Lincoln Center Theatre can't seem to catch a break this season.  First there was Verge, and now this ambitious play about a difficult subject, told in an entertaining, if muddled, way.  The critics groused and the non-subscribers stayed away.  At least this one made it through its scheduled run.  I have a feeling the next LCT show, War Horse, will be a hotter ticket.  I hope I'm right. 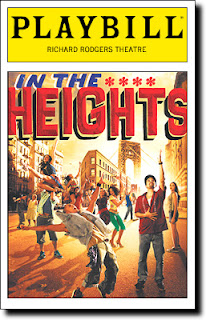 In the Heights
Opened: February 14, 2008
Previews: 29     Performances: 1184
My Review Grade: Had I had my blog going when I saw the original cast, it would have definitely been A+
Closing Thoughts:  What a pleasant, unexpected treat of a show!  The perfect combination of old-fashioned storytelling, characters you care about, modern points of view and sizzling hot music, this show hit all the right notes.  And with it came an important new voice in American musical theatre in Lin-Manuel Miranda.  I can not wait to see what is next from this amazing young man.  And over the years, we've been re-introduced to a real gem in Priscilla Lopez, careers solidified in Andrea Burns and choreographer Andy Blankenbeuhler, and a host of new favorites: Karen Olivo, Olga Meredez, Robin de Jesus, Mandy Gonzalez, Cristopher Jackson, Michael Balderrama, Janet Dacal, and from the ensemble Krysta Rodriguez and Joshua Henry.  Pretty impressive!  More impressive: and original story, original score, new writer who all take off-Broadway by storm, take over Broadway and take home the top prize, Best Musical.  You will be missed, all of you. 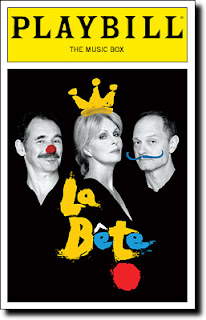 La Bete
Opened: October 14, 2010
Previews: 24     Performances: 101
My Review Grade: Unfortunately, I never got to this one.
Closing Thoughts:  An artful, atypical evening of theatre, this play intrigued me way back when it originally ran.  The revival, boasting some incredible talents, Tony winners David Hyde Pierce and Mark Rylance, and TV star Joanna Lumley, after a smash hit run in London looked a sure thing for Broadway.  The critics here raved, particularly over Mark Rylance's 20 minute monologue.  And still no one showed.  The limited engagement was cut short by several weeks.  Add this one to my list of regrets. 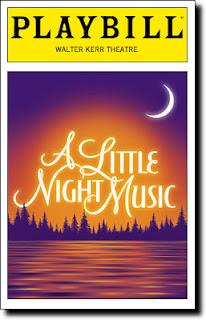 A Little Night Music
Opened: December 13, 2009
Previews: 20     Performances: 425
My Review Grade: Original Revival Cast: A+; Replacement Cast: B
Closing Thoughts:  I am in the minority about two things as far as this revival goes: I love the minimalist approach of the entire production, and I was terribly disappointed and underwhelmed by its stellar replacement leads.  Still, I adored the original company:  one actress I love (Catherine Zeta-Jones), one I worship (Angela Lansbury), a new actor to admire in Alexander Hanson, a great reunion with old favorites Aaron Lazar and Erin Davie, and some new folks to watch for in Leigh Ann Larkin and Hunter Ryan Herdlicka.  I love both Bernadette Peters and Elaine Stritch, but I found the former to be way too affected and the latter's embrace of being ill-prepared to be insulting to her audience and to all actors of age. 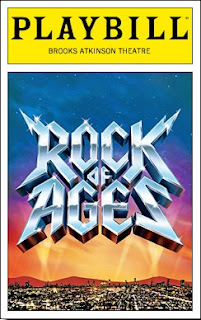 Rock of Ages
Opened: March 17, 2009
Previews: 22     Previews: 735
My Review Grade: C+
Closing Thoughts:  Given that I am a child of the 80's, and that I worshipped at the altar of Xanadu, You'd have thought this one would be a favorite of mine.  WRONG!  Bad acting and a stupid, overly-complicated plot ruined a beautifully sung and danced score of 80's rockin' hits.  (I LOVE THE CAST RECORDING!)  A hit off-Broadway and with the drunken sub-culture of Broadway audiences, this show is allegedly going to reopen at the Helen Hayes after a three month break.  The current tenant of that theatre just announced another extension, into March.  Hmmm...  Maybe it'll re-open off-Broadway?  On Broadway in April?  I hope so, because I hate to think of so many folks losing jobs.  But just in case it doesn't, here is its closing tribute.  I wanted my MTV... I didn't get it.


Comments about anything but Rock of Ages - get over it people, I don't like it and calling me names and questioning my bathroom habits won't make me love it - leave them here, email me at jkstheatrescene@yahoo.com or Tweet me!
Jeff
2.130
Posted by JK at 12:01 PM