Hi, everyone!  Thanks to all of you who have taken the time to write in over the past several weeks.  Here are some of your questions: 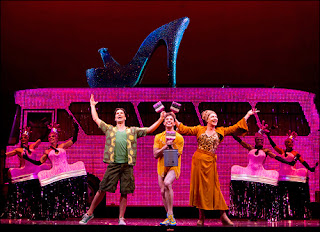 I tried to vote for your awards the day it started, but had trouble getting onto the Acting Awards part.  I did finish the second part, but want to go back and do the first part all the way through.  Is it fixed?

It is all fixed!  It seems that the day the survey opened, someone opened over a hundred ballots and answered the same two questions at the same time with the same answer.  I had forgotten to check the "allow one survey per computer" box, so that the voting wouldn't be easily stacked. So, I closed that version, deleted all but one set of answers from that one computer (sorry, whoever you are), and re-started it.  Anyone who voted that first day, your vote is secure and counted.  So are all of your email addresses.  I can't see them, I can only see matching ID numbers, which allows me to edit multiple votes from the same computer.  ONE VOTE PER EMAIL ADDRESS, PLEASE!  And while I'm at it, please don't forget to do BOTH parts of the ballot.  Thanks for asking about this, TB!

(Look to your right for information about voting... and VOTE!)

I was just wondering... did you ever hear back from the guy who was struggling with coming out?

Thanks for asking!  Yes, I have heard back from Jason.  (To find out or remember what I am talking about, click HERE to read Jason's letter.)

Well, he went home for the holidays and his parents sat him down to talk about it.  He tells me they were pretty upset and kept asking him, "Are you sure about this?"  He held his ground, and kept saying, "Yes, I am sure I am gay."  Unfortunately, things got pretty strained for the rest of the holidays and his winter break.

Jason went back to school, volunteered to work on his college's production of The Wild Party (what a way to start, huh?) and is now more sure than ever that he wants to change his major to theatre and business.  He also has met his first boyfriend, also named Jason.  (Too cute, right!?)

Fast forward to spring break, and Jason returning home.  He tells his parents about the change of major, and he explained his long-term goals, and how, if the "theatre thing" doesn't work out, he will still have a business degree.  That seemed to satisfy his parents.  The other big news - the other Jason - went over surprisingly well, too.  It turns out that his parents did a lot of research on the subject of parenting a gay child, and even found out that friends of theirs were going through similar things!  Jason tells me that they haven't 100% accepted it, and are mostly worried that he won't be safe or that he'll get hurt by anti-gay bullies and the like.  But, he says, they are willing to talk about it, and even said they'd be there to sit with him while he told his older brothers if he wanted them to.

Jason plans to bring Jason home over the summer, and to come out to the rest of his family then.  And he promised to keep in touch.  I will let you know what I hear from him over the next months.

And Jason, thanks for sharing your story with the rest of us!

Now that the new season is getting started, what shows are you looking forward to the most?

How funny you should ask this question!  Just the other day, Mike and I were talking about how by this time last year, several new shows were announced and selling tickets.  This year, not so much.  I suppose that mainly has to do with so few theatres even being available.  Still there are a few I'm looking forward to: 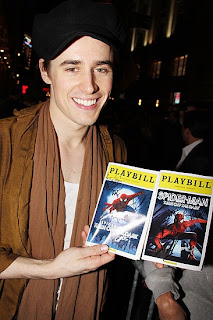 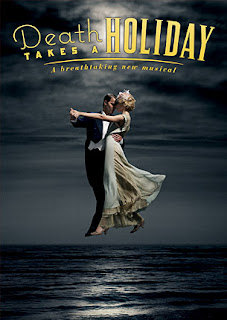 Artwork from the Florida try-out of Bonnie and Clyde
From Regional to New York:  (Not sure if they will make it this season, but could be)

Are you looking forward to the Tommy tour with Roger Daltry headlining, TommyFan?