The Ones I Walked Out On 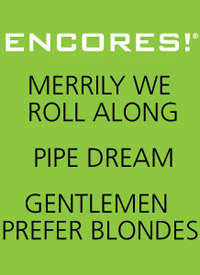 Yesterday afternoon, during a break in my cubicle, I was watching a lot of you Tweeting about the announced 2012 Encores! Season.  The vast majority of the Tweets I was following were positive, with several of you looking forward to buying tickets and naming who you thought would be great for which roles.  You gotta love that kind of enthusiasm, don't you?  Who knows?  Maybe this year will give us another Chicago?


I just wish I could share in that enthusiasm.  Don't get me wrong, any time Merrily We Roll Along gets mentioned for a New York production, my pulse races.  And as a Steinbeck fan, and lover of obscure/seldom produced musicals, I am very interested in seeing what Pipe Dream is all about.  It is the third title that makes me shudder and lose interest. What could I possibly have against Gentlemen Prefer Blondes?
Simple.  It is one of only three Broadway shows I have ever left before it was over.  That's right.  One of only three in hundreds of performances I've attended.


The year was 1995, and I was attempting to see every new musical and revival that year.  (Side note: this past season, I came the closest, having only missed RAIN, which I still don't count as a musical...)  And I came close.  That season the National Actors Theatre, an attempt at starting an American repertory theatre company on Broadway, brought  the rapturously reviewed Goodspeed production of Gentlemen Prefer Blondes to Broadway.
I'll admit that really old shows aren't my favorites, but I knew that the show made a star out of Carol Channing, and had a Jule Styne score, including the infectious "Diamonds Are a Girl's Best Friend."  Plus several years before, I adored the even older, but similarly ship-themed, Anything Goes.  So I bought my ticket. 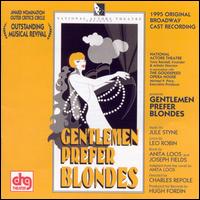 I should have known something was up when I got front row center tickets after they had been on sale for awhile - this was back in the days when the front row wasn't lottery material, but premium seating.  I'll never forget it.  It was mid-April, and an uncharacteristically warm day.  Warm and muggy - something I wasn't dressed for, so I was hot and sweaty when I arrived.  And I remember thinking two things: "Wow, the Lyceum Theatre is old and dark and very cold!" and "Cool!  I've now been in almost every Broadway theatre at least once!"
If you've ever been in the Lyceum, you know what I mean when I say the place is dark.  The walls are covered with dark wood paneling; the floors and seats are covered in dark material.  It reminded me of the lobby of The Haunted Mansion at Disney World.  Still, I was grateful for the air conditioning and especially for the leg room afforded the front row of seats.  And, man were we close!

So, the lights dim, and the curtain goes up.  I had to squint, it was so bright (we were, after all, supposed to be outside on the deck of some ocean liner).  The scenery looked like the old-fashioned kind you see in vintage Broadway pictures, very two dimensional with painted flats strapped together.  And, in act one, the scene never changed AT ALL.  I think they moved some deck chairs around to simulate moving about the deck.

In looking back at my Playbill, I can see that the show took place in New York and Paris, too, but if it did in act one, the boat must have been in the New York harbor, because I can't recall a different setting.  Or maybe the scenes changed in act two.  I'll never know, just like I'll never get to hear that cast sing "Diamonds Are A Girl's Best Friend" or the title number.  (My companion that day bought me the cast recording of this revival as a gag gift.  I think I literally gagged.  The cellophane wrapper is still on it.)

I can live with cheesy sets.  I've seen plenty of limited budget dinner theatre and high school productions to appreciate the effort and imagination it takes when stretching a theatre dollar to transport us to the south pacific or gang ravaged Hell's Kitchen.  But I have a real problem with it when I'm paying Broadway money to see even lesser quality.  Maybe from further back, it looked more sumptuous.  I doubt it.

Let's talk costumes, shall we?  Again, the limitations at the local level often mandate that homemade look coupled with thrift shop finds and things on loan from grandma's attic.  And it has its certain charms, especially when the loaned stuff can't be seriously altered and needs to be.  But I can honestly say I gasped when the curtain came up on a stage full of actors in costumes that looked borrowed from every costume shop on the East Coast, but not one from the same place.  The ship's captain had epaulets and bars sewn onto a suit jacket.  I'm not kidding. 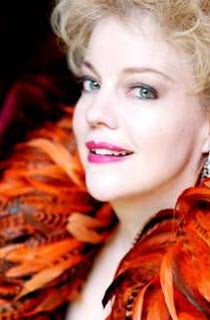 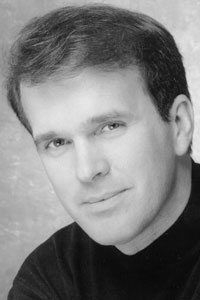 The Stars: KT Sullivan and George Dvorsky
The leading lady, KT Sullivan, is/was apparently a decorated nightclub veteran, with awards for her efforts out the wazoo.  But Broadway actress she ain't.  She makes Carol Channing appear to have range as an actress and a singer!  The only other cast member I had even heard of was George Dvorsky, who made a decent impression the previous season in Passion.  Maybe I'm the one with taste issues.  People walked out by the dozens at Passion, but I stayed all the way through that show 6 or 7 times!

There is another issue with sitting in the front row, especially with a brightly lit set.  The light spills over onto the front row and the cast can see everything you are doing.  Or in my case, not doing.  I was not applauding.  Not once.  It was that bad.  Not even for the effort, as the entire production was an insult to everyone who ever stepped foot on a Broadway stage, and even more to truly talented people who never make it.  I know... bad form, Jeff!  But I had to communicate my displeasure somehow.  I didn't talk, thumb through my Playbill.  I didn't make faces, though I'm sure they could see the look of horror, then disgust, and finally, anger.  More than once they looked right at me, and you could see in their eyes that they couldn't figure out why I never clapped.

I was feeling self-conscious about it, and was feeling more and more angry at the wasted time and money.  So, I turned to my companion, opened my mouth, and she said, "Would you mind if we left?  I hate this.  You hate this.  And I'm hungry."  And with that we left, our two dead center front row seats our final statement to the Gentlemen Prefer Blondes company.

I'm guessing we weren't the only ones.  The show closed the following weekend after 24 performances. 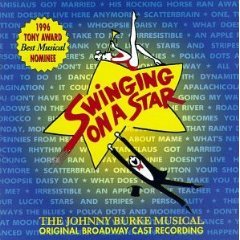 The second show I left in the middle of was Swinging on a Star, the following year.  It was atrocious, and not in any way that would make it interesting to discuss here.  So all I will say is it was nominated for BEST MUSICAL of all things, while three vastly superior shows were all but shut out: Victor/Victoria, Big: The Musical and State Fair.  And considering their fate, you can only imagine how bad I thought Swing on a Star was.

The third show I walked out on was much more fun, and, ironically, the same year as Swinging on a Star.  1995 and 1996 weren't the best of times for musical on Broadway, even if they did give me two of my favorites: Sunset Boulevard and RENT.

I am going to save that third title and adventure for another blog!


You ever leave a show during intermission?  Tell me about it here, email me at jkstheatrescene@yahoo.com or Tweet me!
Jeff
2.267
Posted by JK at 12:01 PM