NOMINATE YOUR FAVORITES FOR THE 1ST ANNUAL AWARDS THAT TONY FORGOT AWARDS! CLICK HERE FOR INFO AND LINKS TO THE SURVEYS. BE SURE TO DO BOTH PARTS OF THE SURVEY! AND TELL YOUR FRIENDS!

It has been my experience that shows are never as good as their highest praise, nor as bad as their lowest pan.  I wish that were true of Wonderland, the messy musical that opened recently at the can't-find-a-hit Marquis Theatre.  Not only is it as bad as its lowest pan, it is worse.  By far.  This show commits the biggest sin of them all: it is so bad that you laugh AT it and don't feel bad doing so.  And the laughs, for this viewer, were plentiful throughout.  I must admit that I feel kind of bad for the show.  Everyone involved is working so hard (too hard, really), and I feel like I'm kicking a dog when it is already down (1 Astaire Award nomination total out of every award it was eligible for is a dog that is down).  But let me be plain: in 28 years of attending Broadway theatre, this show ranks amongst the worst I have ever seen. 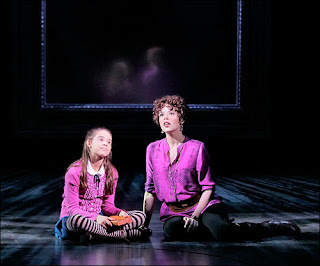 Alice, meet Alice.
My grandmother used to say, "too many cooks spoil the sauce." (Didn't everyone's grandmother used to say that?)  And Wonderland is a prime example of just that.  While the book is credited to only Gregory Boyd and Jack Murphy, it is widely known that others have stepped in to doctor the script.  One can only imagine what they started with, but what they ended up with is a sloppy, nonsensical mish-mash of Alice Through the Looking Glass and The Wizard of Oz.  It tries to be all things to all people.  It tries to be a fresh take on a classic - and an adult going through Alice's adventures could have been interesting had maybe Stephen Sondheim taken a crack at it.  It tries to be a big family show - swearing and adult themes are kept to a minimum, but let me give them a hint: instead of knocking the king of family shows, Disney, every five minutes, embrace the king of family shows; even their worst is way better than this.  And perhaps saddest of all, it tries to be a mega musical of the order of Wicked, but in copying its original story, The Wizard of Oz, this show comes off like an ugly stepchild; Elphaba would even have thrown in the towel at this.

Out of some sort of respect for those involved, I'll try my best to be more brief than usual.  And I'll even start out with some praise:

What is "good" about Wonderland: 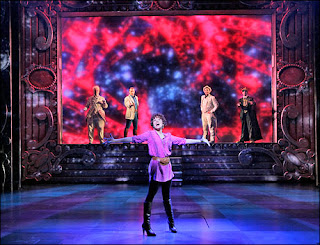 "Through the Looking Glass" 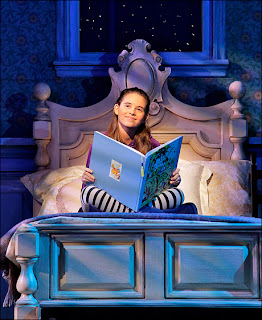 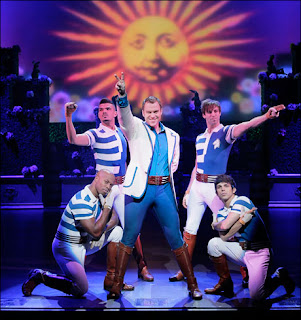 "One Knight": Jack and the Knights

(It seems like a lot of positive doesn't it?  Look closer...)

What is "not good" about Wonderland: 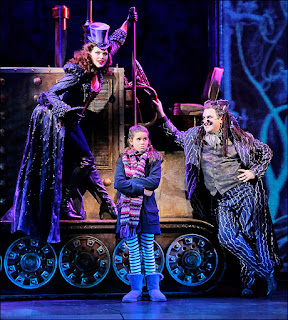 The Mad Hatter and the March Hare have Chloe 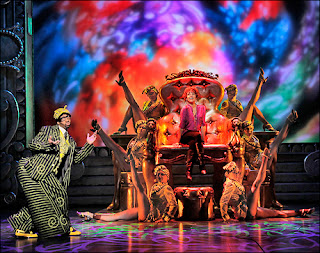 The Caterpillar and his, er, "legs" 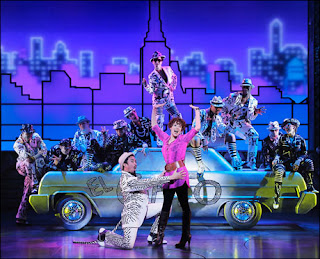 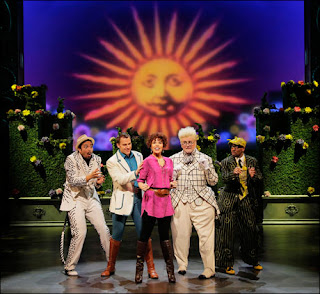 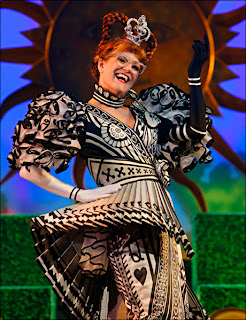 Don't play with the Queen of Hearts 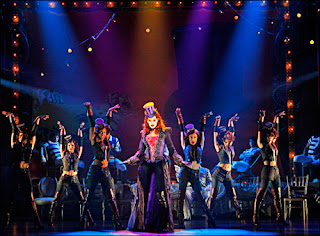 The Mad Hatter's Tea Party
(insert political joke here)
There is plenty of blame to go around here.  The book scenes are derivative and trite (and the scene with "The Victorian Gentleman" is achingly bad and literally laugh-at-able, screaming, "we couldn't figure out how to get Alice to the final confrontation scene!").  The characters make even less sense than they are supposed to - I mean Alice was notoriously written in a drug-induced, drunken state by Lewis Carroll as it was, but this is beyond belief.  Let's just say, my mouth dropped to the floor when The Mad Hatter, after kidnapping Alice's daughter and trying to have Alice killed several times, turns to Alice and says, "I am your alter-ego."  Huh?  And I hate it in books, movies, and now musicals, when convenient plot twists just pop up to get us out of a jam - the white rabbit's watch is a time machine? Ugh.

Finally, you hear a lot about "Frank Wildhorn" shows, and how tacky they are, etc.  That is an awful lot of finger pointing for a guy who only provides the music, and not even the lyrics.  I enjoyed The Scarlet Pimpernel (all 3 versions) and thought The Civil War was a decent, conceptually artistic piece.  I'd put Wonderland in the same league as Dracula and Jekyll and Hyde.  All three have a lot of potential, and all three have at least pleasant, if unmemorable tunes in them.  I'm not sure why someone who is only the musical composer of a show is the one everyone identifies with this show and his others.  He does his job - whether you like them or not, his show tunes are what audiences ask for - creating toe-tapping, hummable tunes.  His downfall is that the majority are so generic sounding that you forget them as soon as you are done applauding them.  But Wonderland is just so bad in so many ways it seems unfair to say, "What do you expect from a Wildhorn show?"  His is the least offensive contribution to the whole thing.

Unorganized and ugly, Wonderland is wonderless.

Comments?  Leave one here, email me at jkstheatrescene@yahoo.com or Tweet me!
Jeff
2.248
Posted by JK at 9:01 AM