PLEASE TAKE A MOMENT TO VOTE IN ROUND 4 OF HOT AND HOTTER
AND THIS MONTH'S BROADWAY POLL (LOOK TO YOUR LEFT!)

Politics and Broadway shows are hit and miss.  Hit: Born Yesterday, 1776.  Miss: Ben Franklin in Paris, November.  Presidents are featured: Annie, Abe Lincoln In Illinois.  Presidents are subjects: Assassins.  As we take a moment to honor the leader of our country on this President's Day, let's look at 2 shows about the office that have a lot in common. 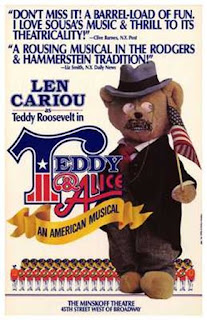 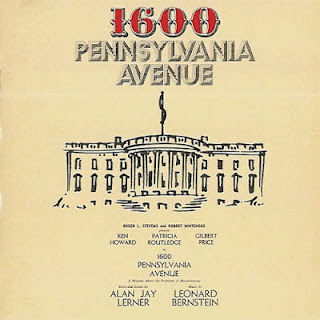 Aside from a common address, the two shows have other things in common:


On the positive side, Teddy and Alice did feature a few up and comers - Richard H. Blake (Legally Blonde, The Wedding Singer, Wicked, RENT) - he was a young child in Teddy, Ron Raines (Follies 2011), and future Tony-winner Karen Ziemba (Contact, Curtains).

I hope, considering the material, the playwright and the (literally) all-star cast, that Broadway's next foray into politics, Gore Vidal's The Best Man, is a HUGE hit!