PLEASE TAKE A MOMENT TO VOTE IN THIS MONTH'S BROADWAY POLL
AND IN THIS WEEK'S ROUND OF "HOT AND HOTTER."
LOOK TO YOUR LEFT FOR ACCESS TO BOTH!

For now, at least, it seems that all the "Tweet Seat" uproar was much ado about nothing.  A well-written and succinct article about the Twitter experiment taken on by Godspell explained how it all really went down.  (Click HERE to read the article.)

Even Ken Davenport, the show's producer and definite Broadway forward-thinker, admits that despite the experiment's success, he does not, in any way, condone a free-for-all social media assault during live performances on, off or well beyond Broadway.  And let's be honest, a lot of us - even avid Tweeters - pictured bright lights, key-clicking and response sound signals amok during the darkest, most serious moments of our favorite shows. But will future (and there are now bound to be) forays into bringing social media into the theatre scene be as controlled as this experiment?  I hope so, but I doubt it.

Will Tweeters be willing to sit in segregated seating?  Will they agree to Tweet with lights covered and extreme consideration?  Will it always be limited to people who have already seen the show and who will then remember times when Tweeting would be totally inappropriate?  I'm going to bet that the answers to those questions will not always be 100% yes.  And, again, I have to ask, what about people who see it happening and, not realizing it is a special situation, think it is OK to open their iPad or smart phone and Tweet with abandon? 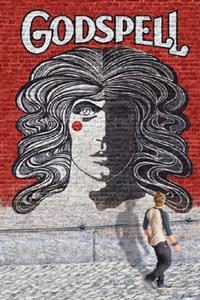 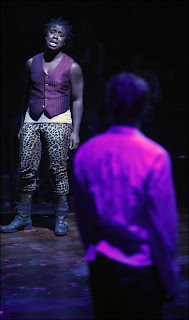 It would be both stupid and irresponsible to not embrace all forms of social media in the Broadway community.  The live stage performance is rapidly becoming the dinosaur of entertainment, at least until things equal out some and the need to connect with live people becomes as important as the need for instant electronic communication gratification.  A backlash against being accessible via Twitter, Facebook, etc. 24/7 is already starting, as people seek to balance technology with real person-to-person interaction.  A leveling off is bound to happen. (Remember how the VCR was going to end movie theatres?)


But, just as I do not tolerate people who talk through a performance and scoff at latecomers, I will also bristle at, complain about, and be offended by people who forget that they are not the only people in the room.  When Tweeting infringes on my enjoyment of a live performance, I will be loud and prolific in making sure the powers that be need to find other ways to embrace those who have to have their say DURING the show.

The Godspell experiment was a success.  Social media and live performance can co-exist.  But when the controls get lax, watch out!

How do you stand on this issue?